Shhhh. Do you hear that? That deafening silence cut intermittently with chirps of little comb-legged gecko fodder is the “Andy Dalton is as good or better than Dak” contingent after the Cowboys fell to the upstart Arizona Cardinals 38-10 on Monday Night Football, continuing their baffling 2020 slide into the dregs of the NFL. Those buffoons who called for the former TCU signal-caller to start in the offseason or sickeningly rejoiced in Dak’s season-ending injury because it meant Dalton would finally be under center seemed to vanish into thin air as suddenly and definitively as my hopes and dreams of a lucrative and fulfilling career did just after high school.

The loss was certainly not all Dalton’s fault, despite the middling stat line of 34-54 for 266 yards, one touchdown, and two picks. He had plenty of help. The Cousin Olivers newly added to the cast and currently ruining our enjoyment of this season of The Dallas Cowboys power drama: Costly Turnovers, Blown Coverages, and Unfortunate Injuries each made their usual appearances and painfully got plenty of screen time. Zeke Elliott had fumbles on back-to-back drives that resulted in touchdowns for Arizona. Zack Martin left early in the game with a concussion, leaving Connor Williams as the only player on the offensive line that took snaps for the team at any point last year (and he’s pretty terrible to boot). And Daryl Worley continues to look as confused by the defensive playsheet as I was as a 10-year-old playing Tecmo Bowl on the NES. As it has been all season, it was ugly.

Much like Tony Romo before him, quarterback Dak Prescott has been a Band-Aid covering the festering wound that is the entire Cowboys organization for years. Now that it’s been ripped off, we can’t but help to see how deep the rot is underneath.

It would be easy to point the finger at new head coach Big Mike McCarthy. (There are even those bewilderingly pining for the days of Jason Garrett.) While McCarthy’s certainly not without earning his share of blame — if for nothing else than the hire of defensive coordinator Mike Nolan — this ignores the complete mishandling of the so-called “Super Bowl-caliber” roster by the front office in the offseason. Giant contracts paid to players underperforming their price tag (Elliott, Demarcus Lawrence, Jaylen Smith, Tyrone Crawford) while refusing to pay players who do deserve top dollar (Prescott, Byron Jones) is as synonymous with Cowboys personnel decisions as is the perpetual failed bargain bin-hunting for league-wide rejects and castoffs to fill in on defense (Everson Griffin, Ha-Ha Clinton Dix).

I know, it’s a tired song. The “Jerry Jones the Owner Needs to Fire Jerry Jones the GM” tune is the “Don’t Stop Believin’ ” of Cowboys fan takes. Someone puts it on, and we all collectively groan. But the redundancy doesn’t make the observation any less true or the dive bar sing-along anthem still slap any less. (Yes. It still does. Fight me).

One can dunk on McCarthy, or point to Nolan’s confusing football version of A Beautiful Minddefensive scheme, but at some point, the magnifying glass needs to be directed at the players, and it’s the front office’s job to procure them. Sure, McCarthy can scream until his face is a few shades ruddier than its usual baseline of Ferrari rosso corsa at Elliott to hang onto the damn ball, or at Amari Cooper pulling up on routes when he knows he will not get the ball, or at Jaylen Smith for moving at a tentative gallop to half-heartedly whiff at a streaking DeAndre Hopkins, but McCarthy can’t take their place on the field. It’s time for these players to take even a fraction of the heat that Dak Prescott does when Dak is the only player on the entire squad who undeniably gives every ounce of himself at every point and elevates the rest of the team as a result. I do not lightly question the drive of professional athletes, but this roster seems like the fight has gone out of them. They’re soft.

All that considered, miss me with all the Team Tank talk. I refuse to root against my own team. I cheer for the Cowboys because I want them to win, whether the games are ultimately meaningful or not. Next week, I will have my jersey on and a beer in hand, and I will pull for the Red Rifle just as much as if No. 4 was under center. My only hope is that as things go forward, in Prescott’s absence, fans, and more importantly, the Joneses, finally realize the severity of the mess the team is in as constructed, and will lay the blame in the appropriate places instead of at the one person who deserves it the least. It’s a long shot, but a guy can dream, can’t he. I can almost hear the opening piano chords now. “Just a small town boy! Livin’ in a lonely woooorld.” 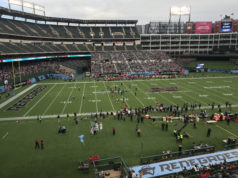 Sports Rush: Is All Sunny For The XFL? 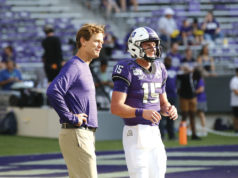