Terry Valderas remembers playing his first few gigs in Fort Worth at venues like The Wreck Room, The Axis, J&J’s Blues Bar, and a host of other long-gone spots in the late 1980s. He joined the now iconic Toadies as a drummer for nine months in 1989 before moving to Portland in 1991 to become a house music DJ. The multi-instrumentalist returned home to Fort Worth briefly in 1997 and played with a few rock groups like The Gideons and Parasite Lost before moving to New Mexico in 2001 and returning home in 2018. Last August, a Dallas man purchased several reels of recordings, which included a lost Toadies set from 1989 with Valderas in the lineup as well as an original recording of Sons of Igor, the former drummer’s project in the making with original and co-founding Igor bandmember Kurt Daniels, a.k.a. Kurt Paul, a Fort Worth native and now Coloradoan. The duo decided to revamp the original recordings after the find and produced two fresh tracks that were released in February on the EP Unenchanted Mornings, with more Sons of Igor music set to come out throughout the rest of the year.

“After we found the Toadies’ recordings, we found [the Sons of Igor] recordings that Kurt and I had done around the same time in the same studio,” Valderas said. “Kurt and I have always talked online, but we really started collaborating around that time.”

The original Sons of Igor recordings began as an avant-garde psychedelic electronic project. The duo released three full-length cassettes of musique concrete which did the underground rounds in Fort Worth during the late ’80s. The group eventually disbanded, leading ’90s-rocker Valderas into performing as an international house music DJ. He played raves locally while touring as part of assorted underground festivals in the early 2000s and holding down residencies in Oklahoma City, Albuquerque, and Birmingham.

“I was touring a lot from 2000 to 2018,” he said, “and that’s when I stopped to focus on an ambient album called Earthbound, which came out on Astravox out of California.”

Valderas and his wife decided to move back to Fort Worth because it just felt like a good time to return home, he said.

Valderas continues to work with international labels as well, but he has decided that his rave DJ days have come to an end. Now he’s focused on his work with Chill District Records, a Fort Worth label about to release the long-thought-lost Sons of Igor tracks in April. The former DJ also continues to work with and produce other artists, including folky guitar wiz Darrin Kobetich and Chill District’s Jay Guereca. Valderas said he has been creating a lot of music during the pandemic as well as working as an A&R rep and publicist with labels Dubwise in Croatia and Deep Site in England.

“I’ve worked with a lot of labels getting to play underground music festivals to thousands of people,” Valderas said.

The 50-year-old’s Toadies days are still fresh in his mind, he said, adding how much they inspired him and Paul to pick up their instruments as Sons of Igor again, with Paul on vocals and guitar and Valderas on keys and drums. The band plans to release “at least two or more EPs,” Valderas said, which will be in addition to an ambient album by Valderas and a collaboration with Kobetich and Warr guitarist Mark Cook.

“I don’t know if [Paul and I] are going to release an album, but we may compile everything from the year for a local vinyl release,” Valderas said.

Sons of Igor’s material is certainly trippy and in a good way, with lots of drama and lots of trance-inducing soundscapes. The tracks were recorded in Fort Lupton, Colorado, where Paul lives, and at Domanii in Fort Worth. 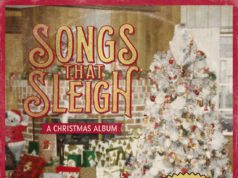