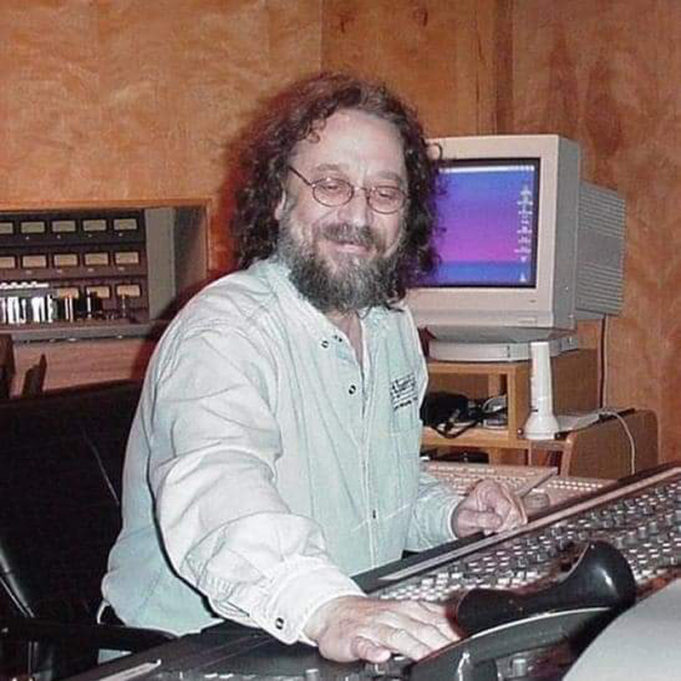 Fort Worth has lost a true original. After an extended illness, Jerry Hudson passed away on April 12, said sister Kathy Hudson Kennedy. He was 68.

Just about everyone knew Jerry. He was a hilariously curmudgeonly dude with a cranky voice who loved local music just as much as his Texas Rangers. You could almost always find him at the Chat Room Pub, not too far from his local institution, Eagle Audio Recording, on South Main Street on the Near Southside. It was at Eagle where Jerry Hudson would establish his reputation as one of the coolest people to work with in local music. No fuss, no bullshit, just whatever works.

He was also prolific. Before opening Eagle Audio, he recorded at Pantego Sound for 20 years starting in 1976 after breaking into the sound business in 1971. Jerry ended up recording hundreds of bands and working thousands of shows, including Merle Haggard at the convention center. All of Fort Worth’s biggest rock bands in the ’70s, including Nitzinger and Savvy, recorded at Eagle Audio.

Many big local rock acts also recorded at the studio. As part of our annual Music Awards, we would produce a live studio recording of select nominees’ songs always at Eagle and always with Jerry and engineer Jeff Ward, who also passed away not too long ago. The weekend was usually one of the lost variety: hanging out at the studio all day, downing Bud Light Platinum after Bud Light Platinum, talking music and sports, noshing on Central Market sandwiches, maybe puffing, puffing, and passing. Those were the good ol’ days before Facebook took over all social interactions and home studios really took off. The only way we were able to have so much fun and produce so much quality music was because of one man, Jerry Hudson. See you on the flipside, Uncle Jerry.

Many of Fort Worth’s best and hardest-working musicians paid tribute to the man via social media.

“Damn,” saxophonist Jeff Dazey said. “Sad day in the 817. RIP Jerry Hudson. My first recording session in a studio ever was at Eagle Audio. Life is fleeting and Jerry was very gracious to all of us.”

“Rest easy, Jerry,” singer-songwriter Katie Robertson said. “We had some silly memories together and created some cool art along the way. I’ll miss our chats and giving each other shit all in fun. You were a good one. Thank you for your kindness, belief in me and helping so many of us making music. You, Jeff & Eagle Audio hold a special spot in my heart.”

“We love you and miss you Jerry,” pop singer-songwriter and Grammy winner Jordan Richardson said. “You kept this city cool.”

“Farewell Jerry!!” producer Britt Robisheaux said. “As a young engineer I spent a lot of time setting up mics in my living room. The thought of figuring out how to get into a real studio scared the shit out of me because I had no real formal training in audio. Well, I made a few records in my living room that got favorable reviews in some magazines. One day I walk into my neighborhood bar which at that point was kind of like my second home. Out of the darkness steps Jerry Hudson. We’d never actually met up till then. Rather than introducing himself he looks at me wild eyed and says ‘well, I guess we need to talk.’ Oh shit, does this guy think I’m taking his business? No, it was the opposite. He asked if I’d like to start making records in a real recording studio, of course I did. Jeff taught me how to use the equipment and Jerry taught me about the life of an engineer and how to maneuver the business of it all. Now, hundreds of records later I’ve had to say goodbye to both of the guys that brought me into the business. I spent many hours with Jerry and Jeff and I have plenty of good stories I’m not sure I should share publicly, but you should remind me to tell you next time we see each other. Jerry passed down the plate reverb from Eagle to me too. It’s in good hands. Rest easy fellas.”

And singer-songwriter Taylor Craig Mills said, “It is important in this world to learn through loss and heartache that there is a Peace in Death. For those who are no longer, they stay on thru ourselves and our stories. More importantly they continue on in how we choose to live our lives in Honor of their memories. Many people lost a friend, a mentor to many. Jerry Hudson, you will be missed, but not lost. You remain in each of us. I saw the raw kindness in you, and we were better because of that. Go get ’em Young Man. I’ll pour them up when we see each other again, Brother. Thank you for everything.”

Jerry’s family is planning a celebration of life “in the months to come,” Kathy said. “We will announce the details once plans are made. Peace and love to all.” — Anthony Mariani