I sometimes wonder what makes rich people tick. Madeleina, my beautiful daughter, asked me the other day why Napolean wasn’t content with owning/ruling half the world and risked and lost everything going after Russia as well. I wonder why the Walton family, owners of Walmart, can’t be content with $20 billion each and a couple of billion more coming in every year. Why do they have to put their workers in a position to make you and I pay for their food stamps, Section 8 housing, and such when they could just raise their wages and still make hundreds of millions each per annum?

These are serious questions in an age when the internet allows us regular people a glimpse of how much the truly rich really make — in terms of money — and really contribute in terms of society.

The best answer I know came to me while on an Amazon riverboat between Iquitos and Jenero Herrera in Peru. It’s a flat-bottomed riverboat, same type — though with stronger engines — that’s plied the Amazon River basin and other major rivers around the globe since internal combustion engines came to be. Hundreds of people bring hammocks and set them up anywhere they want on the boat’s two or three floors. Goods fill the bodega (the hull) and most of the bottom floor. Coming to Iquitos, that means thousands of sacks of cement and rice and toilets and school desks and fresh fish and plantains and such. Going from Iquitos, that means thousands of bricks and tons of soda, beer, three-wheeled tuc-tuc motorcars, and such.

Hammocks are hung everywhere. There’s a spiderweb of them on every boat, and along with them, people from the jungle bring almost everything they own, as leaving your home in the jungle unattended allows anyone who wants to take your things to take them legally, claiming you’ve abandoned them. It’s an old tradition but one that still has people packing up their pots and pans and clothes and such before they head to the big city to get a pension check or new government papers for their kids.

So the boat is damned crowded. I always traveled that way until I began to take guests out to the jungle. I discovered that too many were losing cameras and clothes and decided, years ago, to get cabins for them where they could stash their stuff. The cabins are very simple: bed, fan, tiny table, light. They’re not comfortable, but they allow you to protect your stuff while you go up to the bow to take photos of the sunset or night sky.

The boat I use has an area that is closed to the public. People cannot walk from the rear of the boat to the bow. There is a closed wooden slat fence/gate that keeps the hammock people away from the three cabins — as well as the captain’s cabin, where the money is kept — and a fence at the bow to keep people from coming in that way. I pay good money for that little space for my guests. We might rent a half-dozen cabins altogether, with most downstairs, where everyone can walk through the cabin space, but upstairs, behind the riverboat’s pilot, no one not with the captain or the people who have those cabins is allowed to enter. So my guests have this 30-by-9-foot space to themselves. We line up plastic chairs on the starboard side going upriver, and my guests can put their cameras down on the boat deck, go downstairs to buy a beer or just look around, or go to the small private bathroom and not worry that their things will be gone when they come back. It’s the only real private space on a riverboat in all of Western Peruvian Amazonia. And I take it, because my guests just might be offered local magic mushrooms, and I don’t want their dream interfered with by having to think, Where did I put my camera? Did I put a couple of pieces of fruit somewhere? Where was that?

No. Our space is private. People sneak in, of course, but I’m a good watchdog and take a seat by the bow, and when people come in, I let them use our bathroom, our toilet paper, and our soap, but when they decide they want to put a hammock up in our space, I just don’t allow it. And that takes only a word or three from me to get them to realize that I’ve paid for the space for my guests and no one else is allowed. So my guests come up from the cabins on the lower floor and are free to roam, leaving their stuff, for the duration of the 15-hour ride, from bright afternoon sunshine through 3 a.m. stars.

The dream I mentioned at the start of this, the one that connects this boat to the Koch Brothers, the Waltons, and some of the other rich, rich, rich people, is this: I had served magic mushrooms, with prayers, to up to a dozen people. I was ripped out of my head from inhaling them. I drank a little ayahuasca to say hello to the river — with full private ceremony — and when all was said and done, I started to fall asleep. Serving medicine always makes me fall asleep. Or fall into a dream.

In my dream, I was leaning against the wooden slat fence/gate in a sitting position. People on the other side of that slat fence/gate, in the hammock free-for-all section, were reaching through the wooden slats and touching my hair, my face, my clothes. I brushed them away. I brushed them away as cloying hands that were dirty, filthy, trying to touch me, trying to infect me, trying to get what I had, trying to steal from me. But in the dream, I could not move away from the fence. I was stuck to it, and the best I could do was slap them away. But there were so many hands, so many dirty hands trying to touch me that I desperately tried to move away. I did not want their filth near me. I did not want their infection, their sores, their open wounds, on my hair, my face, my neck, my clothes, my being. They were filthy. They would tear me down to their level, down to the level of the hammock people in a second. They would have me as dirty as they were. They would infect me just by being alive and near me!

I awoke with a start. I realized I’d fallen asleep sitting up against the wooden fence/gate. I felt a hand on my hair and another on my infected leg. I turned. Two small children were touching me: one touching my gray locks, the other my wounded, sorely infected leg. Other children were there as well, pointing to my leg, some of them suggesting remedies — though the leg had already started to gangrene and would need four operations with skin graft to heal — to help me. They were beautiful. They were in the hammock space, so they had to crawl under hammocks to get anywhere, so they were all dirty from crawling on the boat’s oxidizing steel deck. Really, they were beautiful. They were curious. They were magic incarnate.

In the same moment I saw those angels, I remembered/felt/relived the terror I had in the dream, the terror of not being able to get away from those dirty people, those people who wanted to infect me, to touch me and slime me and bring me down to where they lived in shit-rotten hovels. And in that moment, that moment between loving those beautiful kids and remembering the dream of dreading them, I had a glimpse of how some of the rich, rich, rich people see us. We are filthy. We carry infections, disease, and any contact with us will make them dirty, rotten, reduce them.

And so, for those people — and it is not all the rich people, by any means, but certainly some — the need to accumulate more, build bigger walls and stronger fences to keep us from getting near them, from putting our filthy hands on them, is a real need. And for those people, a billion dollars is not enough separation. $10 billion is not enough. $20, $30, $40 billion, with private islands that only they can access, is not enough to satisfy the urge, the need to be separated from the rest of us.

And in that same moment, it suddenly became easy to forgive them. They are afraid. They are terribly afraid that interaction with us, with regular people, with poor people, with even middle-class people, will leave them infected/wounded/hurt/diminished. They have no control over that fear. They suffer from it but don’t realize it’s a disease. We are the beautiful ones. We are clean with dirty clothes because we work. We are the angels that could save them and would never hurt them. They can’t see that. Their insular world cannot allow that. They suffer, and the way they deal with that suffering causes unimaginable suffering for everyone else. I pity them. I pity the Waltons and the Kochs and others for whom $20 billion, the biggest yachts in the world, more pairs of $2,500 shoes, and more $10,000 suits are not enough to insulate them from our hands sticking through the fence to touch their hair or feel their gabardine.

And now, at this time of the year, that chasm between the very wealthy and most of us comes into stark relief. While the A listers jump private jets and take a few weeks in Dubai or on the French Riviera, or in places only rich people know, popping down for $1,000 meals and sleeping in $5,000-a-night rooms, a lot of the rest of us are utilizing food pantries and staying in apartments with no heat, or worse, staving off the winter cold with cardboard.

If I were allowed one wish for those rich, rich people this Christmas, it would be the gift of inner sight, an inner light that would allow them to see that by hiding behind that fence on a riverboat in the Amazon or cowing in mansions surrounded only by other mansions, they are missing out on the angels around them.

Peter Gorman, who was a staff writer for the Fort Worth Weekly for 17 years, is the author of the new book Magic Mushrooms in India and Other Incredible Tales. 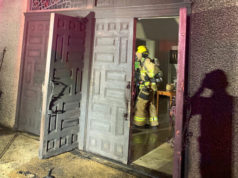 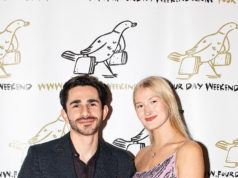 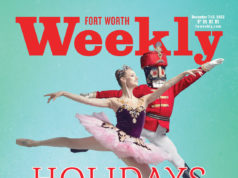