The last few months have been an uphill battle for Delta 8 THC (a legal form of THC) and the Texas-based companies who sell it. Earlier this year, the Texas Department of State Health Services filed a request to eliminate the sale of Delta 8 THC in the state of Texas, temporarily bringing small-business sales to a halt. Notwithstanding the impact the pandemic had on Texas-owned businesses, the temporary sales ban almost brought local hemp retailers and manufacturers [along with those they employ] to their knees.

What is Delta 8 THC?

Delta 8 THC (tetrahydrocannabinol) is a close cousin of Delta 9 THC (which most people consider “weed” or marijuana). The difference between Delta 8 THC and Delta 9 THC is very important: Delta 8 THC is derived from the hemp plant, making it Federally legal by way of the 2018 Farm Bill.

More specifically, the provision in the Farm Bill legalizing hemp derived Delta 8 states that “any part of that plant, including the seeds of the plant and all derivatives, extracts, cannabinoids, isomers, acids, salts, and salts of isomers, whether growing or not, with a delta-9 tetrahydrocannabinol concentration of not more than 0.3% on a dry weight basis.”

Delta 8 THC is in fact psychoactive, and most consumers (aging from 21+) tend to prefer it over Delta 9 THC for both recreational and medicinal purposes. For more than two years, small Texas businesses and their customers have relied on the Farm Bill’s provisioning and its designation to the legality of Delta 8 THC.

In late October, DSHS abruptly specified that Delta-8 is a Schedule I controlled substance, therefore illegal in Texas. The DSHS statement says, “Texas Health and Safety Code Chapter 443 (HSC 443), stabled by House Bill 1325 (86th Legislature), allows Consumable Hemp Products in Texas that do not exceed 0.3% Delta-9 tetrahydrocannabinol (THC). All other forms of THC, including Delta-8 in any concentration and Delta-9 exceeding 0.3%, are considered Schedule I Controlled substances.”

Without consideration to the economic impact, this “overnight ruling” was quickly scrutinized and deemed reckless by Texas-based hemp companies as they were left scrambling, finding ways to keep their doors open and employees paid. With 100s if not 1000s of businesses being based out of Texas, this seemingly permanent ruling would completely cripple the Texas hemp industry and potentially have a nationwide catastrophic ripple effect.

In true Texas fashion, several Texas-based business owners banded together to fight the Texas DSHS and their injunction to completely prohibit the sale of Delta 8 THC. According to NBC DFW Channel 5, “A Texas district judge ruled on Monday in favor of removing Delta-8 THC from the state’s list of controlled substances until the court determines whether the state followed the law when it ruled the hemp-derived products illegal.”

Considered to be a victory for Texas-owned hemp businesses, the overturning of this injunction is temporary. – In-light of the court ruling, DSHS filed a motion with the Texas Supreme court to reinstate a ban against Delta 8 products. As such, Hometown Hero then filed a lawsuit against DSHS stating the health agency did not adequately notify retailers of the changes and was unjust.

What does the future look like for Delta 8 THC?

For now, DSHS is continuing its efforts in the pursuit against Delta 8 THC and will once again plead its case in January. Fortunately for Texas-based hemp providers, Delta 8 THC is seemingly resilient and has continued to fight back and win.

Bret Worley is the President of MC Nutraceuticals, a Texas-based wholesale provider to cannabinoid consumer brands. During an interview, Mr. Worley stated “Given the fact that we’re Texas based and our core business is wholesale, we are extremely concerned about this matter with DSHS for both ourselves and our clients. At this point, we are quite confident that the fight will persist for the next six months without a final decision. I personally believe that given all the hard work the companies fighting the DSHS are putting in for this fight, we have a good chance. The most I can ask for the consumer is please support your Texas-based brands for the Delta 8 THC and other hemp products.”

If you’d like to support Texas-based hemp companies, consider supporting those who are contributing resources to push back on DSHS. Below are a few examples: 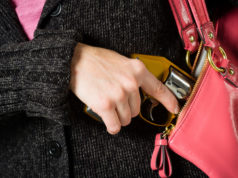 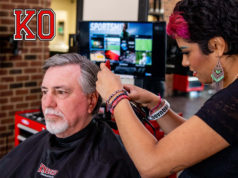 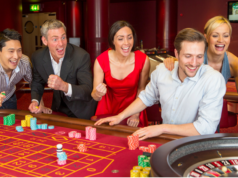 Casino Proverbs in Everyday Use