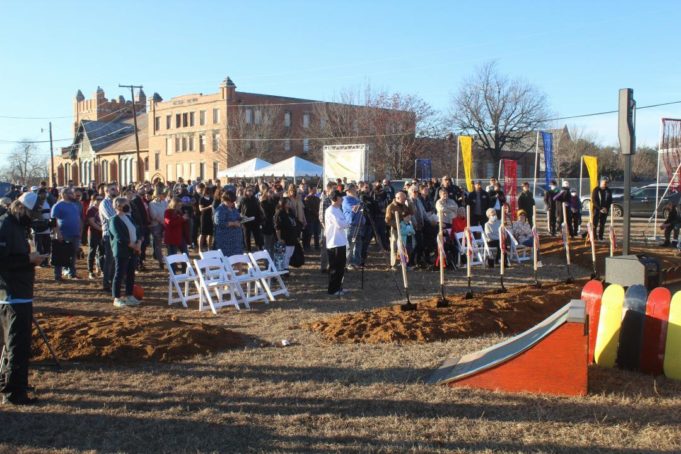 Five years ago, almost to the day, Near Southsiders set up a pop-up park project near the Fire Station Community Center. Dozens of children and adults braved the bitterly cold weather to see a mock-up of a proposed community park (“Envisioning Hemphill,” Dec. 2016).

“Dubbed Hemphill Park for now, the open field, with its skate park, temporary dog park, vendor booths, food trucks, and bike ramps, represented tantalizing possibilities for a portion of the Near Southside that has long sought to entice major business investors,” I wrote at the time.

The frigid day began with Near Southside Inc. directors listening to community feedback on what the park should offer the community. Fast forward five years, and that vision is coming to fruition. To drive home that reality, heavy earth-moving equipment was ceremonially set behind a guest speaker podium. Wednesday’s announcement was held at the same space, now known as Fire Station Park, where Envision Hemphill supporters rallied five years ago.

Former District 9 councilmember Ann Zadeh and current councilmember Elizabeth Beck spoke to the Wednesday crowd that appeared to be in high spirits. 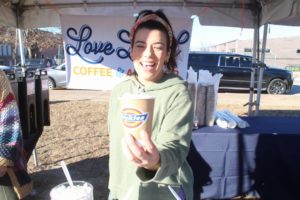 Several dozen locals drank hot cocoa and noshed on warm, heavenly beignets from local vendors. Construction will soon begin on the expansive project thanks, in large part, to a $300,000 donation from Dickies and VF Foundation, which is tied to the parent company of Dickies.

Richard Riccetti, the director of licensing at Dickies, said his clothing brand shares a long history with skateboarders across the country. 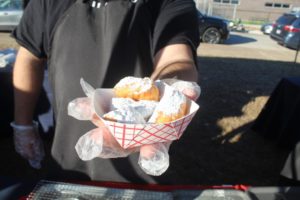 “Dickies has always been an apparel choice for skateboarding,” he said. “They were looking for durable pants. The 874 pants were always the classic pant for skateboarders. The local skate community and Near Southside Inc. pinged Dickies and said they would really like to have our involvement. That’s how we really got pulled in. It was volunteers in the skating community and Fairmount and the Near Southside. Everyone needs more green spaces and parks. It’s so important.”

Mike Brennan, Near Southside Inc. president, said the local community has consistently asked for a space that was a destination and a park for all ages. 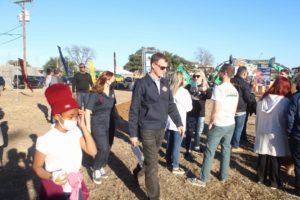 “All of this has been in partnership with the City of Fort Worth,” he said. “The city acquired this property. [The city] charged us with raising the difference between what a typical city park might cost and what this grand vision would cost. Our fundraising goal was $600,000.”

Several foundations also contributed to the $1.88 million overall price tag for the park that will feature a 15,000-square-foot skate plaza, skateable pathways, a dog park, and green spaces.

Fort Worth has a handful of skateparks in the north and northwest parts of the city but none near the Near Southside or downtown. News of the park funding was met by 28 jubilant comments on Magnolia Skate Shop’s Instagram page.

“Southside finally getting some love,” one online comment read.

Avid rollerblader and Fort Worth Weekly art director Ryan Burger told me that he is stoked to see central Fort Worth finally have a skate park.

“DFW Inline Skate Club members will soon be descending on the new park,” Burger said, referring to the group he meets with weekly. “We are excited to grind every obstacle in the park.”

Brennan said construction will begin soon and should be largely finished by the end of this year.