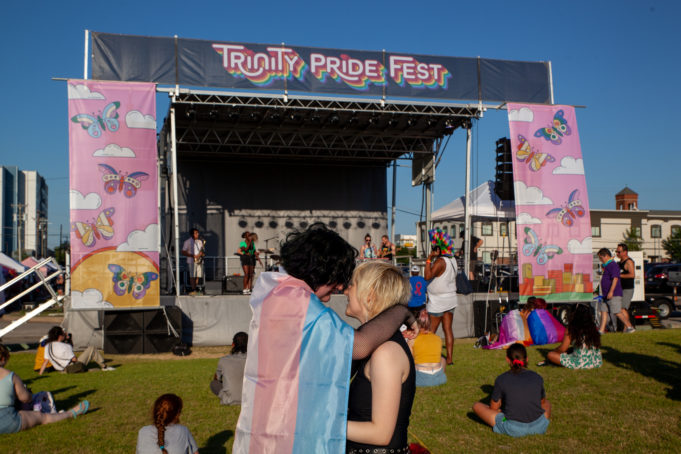 After two long years without an in-person celebration in Fort Worth, and at the end of a week with devastating implications for LGBTQ+ rights, the local Pride celebration tasted particularly sweet.

Families, couples, and friends of all sexualities, races, and backgrounds spent some time Saturday at Magnolia Green Park on the Near Southside to celebrate the second-ever Trinity Pride Fest.

“It just makes me so happy,” said Tyler Long, director of the grassroots organization Trinity Pride Fort Worth. “The fact that we were able to create a space where people feel welcome, it makes me overjoyed.”

Long said he and 25 others worked to put together this year’s event. Numerous volunteers and sponsors also helped.

Though an official crowd estimate (by drone footage) is pending, upwards of 800 people filled the park at 8pm. Several hundred more had come and gone throughout the afternoon.

People visited the food trucks and the art market and listened to music from locals such as Yasmeen and Big Sug.

The night ended with a drag show full of local talent. Kylee O’Hara Fatale, performing as Whitney Houston, shimmied and shook her way across the stage to whoops, cheers, and gasps from the crowd.

“Thanks so much to all the parents, all the families out there, and all the little babies over here who are probably getting so inspired,” Fatale said. “We’re changing lives over here, doing what we do.”

Among the performers was Sapphire Davenport, who took the stage in thigh-high white boots, a magnificent ruffled dress in the colors of the trans flag, and, atop her head, a set of to-scale bejeweled longhorns. Sapphire recently took over ownership of Fort Worth institution The Urban Cowboy Saloon.

For siblings Zoe and Aaron Locke, Trinity Pride Fest represented a chance to be themselves without judgment or fear.

Zoe is nonbinary and has struggled with the contrast between their gender and their conservative, religious upbringing, and Aaron said he recently came out as bisexual.

“It feels extremely freeing,” Zoe said. “I’ve never been able to be out this openly before.” 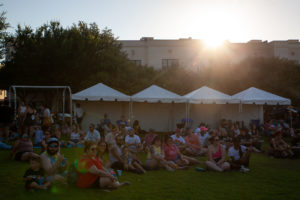