Whatever doesn’t kill you makes you stronger.

Chatterton’s first commercial release, a self-titled e.p., is testimony to that old adage right out the gate.

The first track, “A Good Place to Start,” is exactly what it says, albeit a product perhaps of a long and costly journey, including the personal sacrifices made by frontman and primary songwriter Kevin Aldridge. 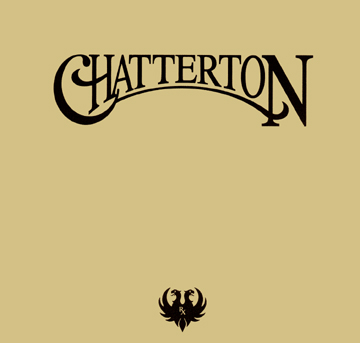 A couple of years ago, after grudgingly dissolving his former band, Brasco, Aldridge packed up his gear and headed out to California to join his wife, who had already relocated to accept a job offer. Aldridge returned a few months later — with no wife, no band, and a nagging sense of creative isolation.

But he soon ended up with a couple of drop-dead amazing tunes and a talented cast to help him realize them. Ex-members of Woodeye, Voigt, and Brasco make up the band that’s responsible for Chatterton’s honey-golden late-1970s vibe. The Jayhawks, Joe Henry, Warren Zevon, and even Fleetwood Mac are obvious inspirations. But the guys in Chatterton put their own stamp on their material and rarely sound derivative. There’s plenty of warm organ and keyboard lines, twangy guitars that’d make Crazy Horse fans proud, and a handful of Wilco-esque atmospherics for good measure. Aldridge has narrowed his vocal range since his Brasco days, at least at the top end, so there aren’t as many Roy Orbison theatrics, but the result gives way to a much more focused and confident presentation.

Adding to the solid delivery are iron-clad arrangements and harmonies that give the impression that each member does more than just play Aldridge’s songs. The frontman doesn’t seem to be dictating who plays what when as much as funneling contributions onto a canvas he’s already neatly laid out. A good place to start, indeed.