Home Music Listen Up Andy Fairweather Low
SHARE
Facebook
Twitter
Andy Fairweather Low’s first “solo” c.d. in 26 years, Sweet Soulful Music is obviously influenced by his long association with Eric Clapton and his love of the early Beatles, though he mimics neither. 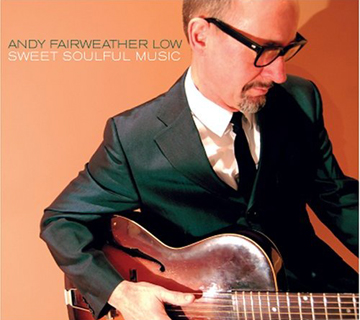 The Welsh-born guitarist spent 13 years with Clapton and still tours from time to time with Pink Floyd’s Roger Waters. He’s also toured and recorded with The Who, Van Morrison, Linda Ronstadt, Bill Wyman, and George Harrison.

Teaming with producer Glyn Johns (engineer for the Beatles and the Rolling Stones), Low, now 57, offers 13 of his own songs on this 14-song disc. Aside from the first track, the rockabilly “One More Rocket,” and the title tune, they all fit together well. Overall, the c.d. is mostly laid-back and, though it’s never in the listener’s face about it, softly spiritual.

Vocally, Low strains a bit to reach the high notes but generally delivers enjoyable performances, especially on songs like: “Hymn 4 My Soul,” where he sounds the most like Clapton; a spirited, declaration of independence, “Zazzy”; and the bluesy “I Don’t Need.” Low plays guitars, ukulele, mandolin, and harmonica. On bass is Dave Bronze (Robin Trower, Procol Harum, Clapton), and on drums, Henry Spinetti (Clapton, Harrison, Paul McCartney, Roger Daltrey).

Sweet Soulful Music can be a little uneven, but the highs are worth the ride.