Home Music Listen Up Micky and the Motorcars
SHARE
Facebook
Twitter
Micky and the Motorcars are an able bunch with an invigorating live show. They’ve killed at the White Elephant Saloon and Central Market outdoor stage this summer. The Austin-based band writes catchy melodies and lyrics and is earning its stripes in the studio. 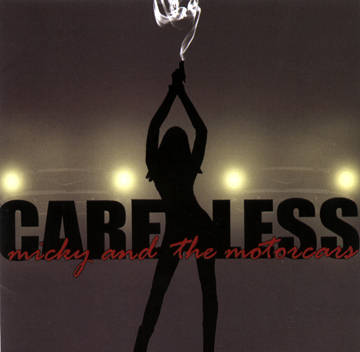 The quintet has musical pedigree — lead singer Micky Braun and harmonica player/guitarist Gary Braun are younger brothers of Reckless Kelly’s Braun boys. Both bands have a knack for blending country and rock to rouse the hearts and thirsts of rednecks without straying far from the fold. And therein lies the problem. Been there, heard that. Careless isn’t bad by any stretch, but ultimately the album disappoints because a single song on it is so inventive, distinctive, and fun that the rest pale in comparison. “Love Is Where I Left It” is a prototype for what this band ought to be doing — emphasizing creative abandon while downplaying standard twang.

A musician friend recently attended a Texas Music festival and when I inquired about which bands stood out, he replied, “They all sounded the same to me.” Texas Music bands are so intent on sounding like Texas Music bands that the scene has become a bore. Combine southern rock guitar, an ultra-twangy lead vocal, and lyrics of tenderhearted machismo, and — voila! — join the club. Before long, the genre brings to mind a certain sound but no particular artist. Think about it: When someone yells, “Let’s polka!” they just want to hear the familiar boom-chuk-chuk sound and do the jig, but they probably couldn’t name an actual polka artist to save their lives. (“Weird” Al Yankovic doesn’t count.) Welcome to the future of Texas Music.

Now, I don’t mean to pick on Micky and the gang. This rant has been stewing for a while. Careless is as good or better than most Texas Music c.d.’s around. It begins decently enough with a sort of U2 vibe on the title track, then devolves into familiar and uninspiring fodder until “Love Is Where I Left It” comes along with its tense, ghostly sound, spotlighting the promise that these young musicians hold for the time when they break from standard protocol and follow their most wicked muses over a cliff. That’s probably terrible career advice, but I’m no band manager. I’m a listener growing weary of hearing what sounds like the same album over and over again.-Jeff Prince