Home Music Music Feature Howl
SHARE
Facebook
Twitter
Growing up on the outskirts of Fort Worth, Addnerim singer/guitarist Tyrel Choat imagined his life as a movie. Now in his mid-20s, he’s confident he can direct that film. “Especially in music, we like to carve our own niche,” he said, “make things uniquely Addnerim.” 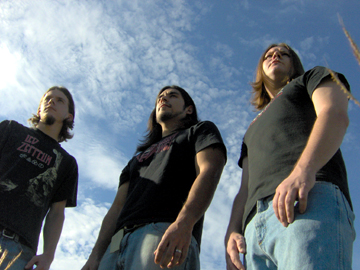 Like a good ensemble cast, Tyrel, his younger brother Dustin Choat, and drummer Damien Grober thrive on challenging one another musically. They play a jam-game during rehearsals: One of the musicians calls out a random number, and everybody must play in measures ending in that numeral. The winner is the one who doesn’t make a mistake. Dustin said, “It can get difficult sometimes when the number goes from 9 to 23. Nobody really wants to count to 23.”

Describing Addnerim as belonging to the genre “progressive metal — hold the cheese,” Tyrel said that, while he and his bandmates use polyrhythms and different time signatures, he thinks accessibility is important.

The band’s debut record, Sheep Amidst the Wolves, is a triptych. It began as a three-song e.p. A while later, three more songs were added, resulting in Part Two (The Attack). In December, Addnerim plans to head back into the studio to lay down the final trifecta of tracks, making nine in all. As for the movement’s as-yet unnamed finale, the guys promise the disc will be both more progressive and more mature. Though numbers have extreme importance to these musical mathematicians, so do Tyrel’s lyrics.

“The whole point of our songs is to think,” he said. “Songs are meant to make you feel a certain way. You can’t do that with crappy lyrics.

“All poets are messengers,” he said. “You’re taking your most tucked-away, inner ideas and putting them out there. Hopefully, people will relate, but I don’t get upset if they don’t.”

A lot of Addnerim’s tunes have a “think for yourself” vibe. “Informatica” reflects on the dominance of mainstream media, and “Opener” provides a not-so-gentle nudge toward mind expansion.

Each member puts considerable thought into the role that his instrument plays in the songs. Bassist Dustin, who assembles bicycles during the day, gravitates toward a ’70s funk sound. He uses his portion of the low end as a drummer normally would on the skins, holding down a steady groove. By doing so, he frees drummer Grober, a chef by day, to “play the drums more as a melody.” Tyrel aims for “a full wall of sound,” he said. (His two half-stack amplifiers probably help.) His goal, he said, is “to give life to sound — every note should ring through.” Sounds a little pompous, but Tyrel is serious. Music is his life — literally. He makes his living by selling guitars and giving lessons.

Addnerim’s songs usually come from jams. The tunes sprawl outward from a single idea. About 80 to 90 percent of what’s produced, the band said, doesn’t work and is discarded. The rest is music created completely by a band, in the best sense of the term.

Individual contribution is paramount, especially to frontman Tyrel. “You can’t dictate what you want the other person to sound like,” he said. “It’s better if they come up with their own parts. Music where one guy writes it all has no consciousness.”

Grober added: “No ego in the band goes unchecked.”

In the past, Addnerim has shared bills with mainstream local metal acts such as Element Eighty and Drowning Pool. But Tyrel and company don’t believe they can be compartmentalized by genre so easily. One past event, The Open Mind Experience, allowed them to mix with reggae, country, punk, and other artists. The Addnerim guys also understand that a large fan contingent leads to better shows, and they feel no remorse for relentlessly plastering the town and the internet with stickers, fliers, and other Addnerim paraphernalia.

Wanting to thank the folks who’ve been going to shows and bragging on the Sheep Amidst the Wolves project, Addnerim is putting together a bowling tournament for its supporters.

Tyrel recently went on tour with local prog-rock giants The Underground Railroad. He was on a mission to learn “how things run — merch, sound, video.” His travels inspired him to take Addnerim on the road. He plans to tour regardless, but he hopes to enlist the help of an indie label.

When not tweaking time signatures in the practice room or scarfing down bologna and dry ramen sandwiches, all three members admit to spending countless evenings in front of a record player. With influences as varied as Bootsy Collins, Genesis, Loaded Moses, King Crimson, Bjork, and The Mars Volta, the Addnerim guys think they can potentially appeal to wide audiences. As Grober said, “If you don’t like us, your mom probably will.” l 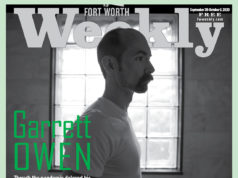