Home Music Listen Up Yo La Tengo
SHARE
Facebook
Twitter
After dropping a slew of compilations and covers albums (one by caller-request for a radio station pledge drive), and being met with varying reviews, Yo La Tengo is back to form on a seamlessly style-shifting album. 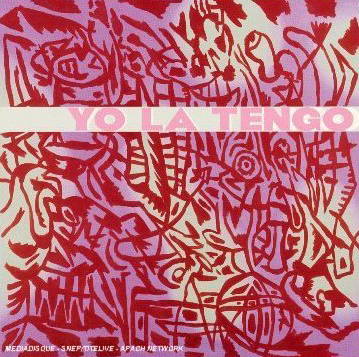 The studio follow-up to 2003’s generally disappointing studio album Summer Sun, I’m Not Afraid of You And I Will Beat Your Ass finds the inveterate trio delivering on the disc’s name with a host of rocking numbers punctuated by enough of the experimental and emotional material that its fan-base has come to expect and love.

The album’s opener and closer each clock in at over 10 minutes, swamped in distortion and slowly building riffs. “Pass the Hatchet, I’m Goodkind” has frontman Ira Kaplan singing like John Lennon or George Harrison, and “The Story of Yo La Tengo” starts out unassumingly, until its anthemic mission statement comes out. The rest of the album is full of surprises. The most discernible influences come from the British Invasion (“I Should Have Known Better”) and ‘60s folk-turned-psychedelia. Jangling 12-string guitars abound in the same vein as The Byrds. “Mr. Tough” starts with Kaplan’s piano and wife Georgia Hubley’s high-hat interlocked in salsa heaven; quickly, with surprisingly mellifluous falsettos, Kaplan and bassist James McNew transform the song into sunny ‘70s soul, musically and lyrically — the song advocates resolving our issues on the dance floor. Fueled mostly by Hubley’s walloping beats and Kaplan’s distorted guitar, the album gets extra punch from horns, and the combination, at the very least, gets your head bobbing.

Insight is still one of the group’s trademarks, and songs such as “Sometimes I Don’t Get You” and “The Race is On Again” treat relationships with the honesty and humility typical of past releases by the group. They’re led by a husband and wife, after all.

Exceeding an hour in length, I’m Not Afraid of You And I Will Beat Your Ass makes the occasional misstep — thankfully few in number and easy to overlook. For newcomers, this may be as accessible as the band gets. Good news, as Yo La Tengo has made one of the best albums of the year.