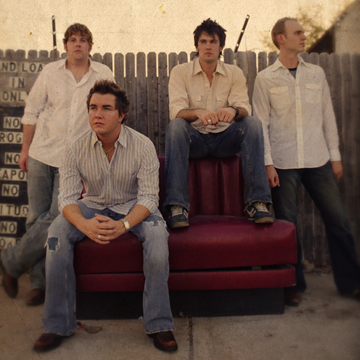 You know the rant — every damn body and their dog wants to sing like Steve Earle and Robert Earl Keen Jr., strum the same worn-out chords, and sing about the same topics (beer, Mexico, and some witch who done ’em wrong). Add a lead guitarist who worships at the altar of Lynyrd Skynrd licks, drench it all in a sense of bravado and, voila, you’re a Texas Music Outlaw Red Dirt badass. Yawn. People forget that prior to Earle and Keen, Texas Music was appreciated most intensely for its variety. Doug Sahm, Willie Nelson, B.W. Stevenson, Steven Fromholz, Rusty Wier, Michael Murphey, and all the early guys sounded unique unto themselves.

Fortunately, the dull span of Texas Music — 1995-2005 — appears to be winding down as a new generation of artists are finally understanding that finding their own voice and being true to themselves is wiser than following the pack. Bands such as Randy Rogers, the McKay Brothers, Bleu Edmondson, and others are straying from the norm, praise the Lord. Another band developing its own sound, a somewhat tamed version of Texas Music with pop-rock overtones, is the Eli Young Band, led by Mike Eli and James Young. After graduating from the University of North Texas, they formed a group and hit the road and have released a couple of decent albums, including a new live effort recorded at the Jolly Fox in Huntsville. The band members are all twentysomethings, fresh, vigorous, and ready to rock. Catch ’em while you can, and remember that you saw one of the bands that’s dragging Texas Music away from the formulaic postures that have threatened to exhaust the genre.-Jeff Prince