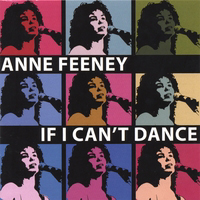 Mix it all together and call most of it rollick ’n’ roll. She was a Kerrville New Folk winner in 1989 and in 2005 won a lifetime achievement award from The Labor Heritage Foundation. (Previous winners include organizer Cesar Chavez, folksingers Pete Seeger and Hazel Dickens, and Bernice Johnson Reagon, who founded the a cappella ensemble Sweet Honey in The Rock.)

On 16 songs — two of them hers — Feeney deals with 1950s civil rights struggles, gay marriage, illegal immigration, letting the rich fight their own wars, and the, uh, good ol’ days, “when men were really men, and women knew their place.” Her brooding “Shell Game,” written in 1990, applies almost equally to the Middle East wars of George I and George II.

Her cover of Suzanne Buirgy’s “Lullaby” looks at both sides of a youthful decision. Her character tells herself she doesn’t regret what she’s done while singing a lullaby to a child who would have been 10.

The c.d. isn’t all serious. There’s a rap version of a traditional Irish dancing song, “Phil the Fluter’s Jam,” complete with uilleann pipes. There are also covers of Mose Allison’s “Your Mind is on Vacation (and Your Mouth is Working Overtime)” and, just for fun, flapper tunes “Dr. Jazz” and a welding of “Sheik of Araby” with “Blues My Naughty Sweetie Gives to Me.”

Dissent is an essential element of the American ideal. Feeney has never shied away from expressing opinions that are unpopular with people who have the loudest voices. This compilation of new songs and older audience favorites was financed at least partially by contributions from friends who agree with her opinions or at least with her right to express them.