Home Music Listen Up Bob Margolin
SHARE
Facebook
Twitter
As with most blues, feel and sound matter more than lyrics. The words don’t always matter because the emotion in every real blues song is, in some way, about stumbling down an alley and hitting a wall you didn’t know was there. That’s true on Bob Margolin’s In North Carolina too. 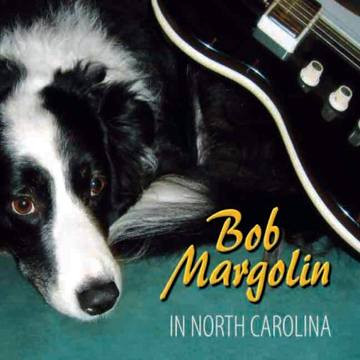 Margolin won three Grammy Awards playing guitar for Muddy Waters and a fourth for playing on Johnny Winter’s Nothing But the Blues. In 2005, he won the Blues Music Award for guitarist of the year. Here, he plays every instrument: acoustic and electric guitars, electric slide, bass, and snare drums.

“Colleen” communicates without words. His instrumental “says” he misses her, she pleases him, and it’s a nice, lazy day in the park. (Colleen was his dog.)

Other highlights include the title song, about missing his wife and kids while he’s on the road, and a distinct, 7:26-minute version of Bob Dylan and Richard Manuel’s “Tears of Rage.” He does the song with only acoustic guitar and electric slide: “What kind of love is this that goes from bad to worse, tears of rage, tears of grief? / Why must I always be the thief?”

To show that words can count, Margolin also recites a bonus track, “You Never Know,” subtitled “spoken word blues fiction.” One of the articles he wrote for Blues Review magazine, it’s about conversations between a bluesman and his fans between sets. (The story includes an aside about a couple asking the musician to play at their wedding. He wonders if the lyrics would be too “down” for a wedding, then decides nobody would listen to the words anyway.)

Margolin’s willingness to experiment just a little pushes In North Carolina above the ordinary. When he stumbles into that alley wall, he seems to be looking for love — or at least lamenting its loss.