Home Arts Screen Capturing Katrina
SHARE
Facebook
Twitter
David Redmon might be the most earnest documentary filmmaker around. His subject matter is always edgy, he finances all of his projects himself (to avoid any implied or explicit biases and to have complete artistic control), and the critics and festival committees always approve. 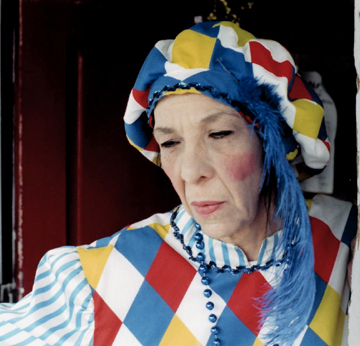 A few years ago, the 33-year-old Mansfield native and TCU graduate and his producer/girlfriend, Ashley Sabin, armed themselves with a Canon GL1 camera and cruised through New Orleans’ French Quarter during Mardi Gras to capture footage for their debut film, Mardi Gras: Made in China. The 72-minute pre-Katrina doc contrasts the Big Easy’s conspicuous consumption with the stark conditions in China, where those famous beads are made. The film premiered at the 2005 Sundance Film Festival and later screened on dozens of college campuses, including Duke, Yale, Princeton, Cornell, and the University of Western Australia. The project couldn’t have been done without the help of one colorful New Orleans resident whom Redmon met by chance, Ms. Pearl, a middle-aged woman obsessed with the beads and her hometown’s culture. No surprise that when Redmon went back recently on another project, he enlisted Pearl again. The result, his second full-length documentary, Kamp Katrina, has been shown in rough-cut form to university crowds and will premiere next month in full at SXSW Film Festival in Austin.

When Redmon went back to the Crescent City a month after Katrina, he went specifically to check up on Pearl, and he brought his camera with him. She was still living in the Bywater neighborhood of the Ninth Ward, an area dominated by drug addicts, high school dropouts, and other social casualties, and perhaps the area hardest hit by the storm. Somehow, Pearl and her husband David’s house weathered the storm, bruised but still standing. The two of them began taking in neighbors to help them get back on their feet. Redmon and Sabin filmed in and around Pearl’s makeshift camp for a little over six months. Even though it’s about as long as Mardi Gras, the new documentary isn’t as epic. But it is undeniably gripping. Unlike most news features on the aftermath, Kamp Katrina doesn’t examine the politics that exacerbated the horrors of the hurricane and its brutal effect on the Ninth Ward. Rather, the directors focus on Pearl’s backyard “tenants,” all of whom struggle with more than just homelessness. Kelley is addicted to crack cocaine and is newly pregnant. The father-to-be, Doug, is also an addict and is abusive. Tammy is a middle-aged alcoholic with a removable left eyeball, the result of a rape and battering she suffered years ago. Some of the tenants work for David, who owns a construction company. But instead of saving their money, they regularly pool it to buy crack from the dealers who loiter across the street.

Pearl tries not to judge her tenants but to help them. As she shows us in Mardi Gras, she loves her city unconditionally, which includes loving her felonious, wretched neighbors. As they filmed, Redmon and Sabin lived like everyone else, submitting to the rules of martial law, sleeping in tents, and eating MREs and — until Mayor Ray Nagin cut off funding — the free meals available at a nearby park. Redmon says that he and his wife never feared for their lives or belongings. The couple was too preoccupied with surviving day to day and filming to have time to be concerned, he said. Redmon doesn’t believe his films are knee-jerk leftist films. He says he just tells character-driven stories, regardless of which side of the political fence they might land on and whether or not his subjects are engaging in criminal activity. Some people who caught advanced screenings of Kamp Katrina have accused Redmon of exploiting the poor and reinforcing racial stereotypes. At a rough cut screening at the New School in New York City, Redmon and a professor got into a loud argument. “She said that ‘anyone can film bums’ and asked what my responsibility was to the people in the backyard,” Redmon wrote in a recent e-mail. “I told her that [the tenants] don’t need me to be responsible for them. … She acted like I violated the 10 Commandments of filmmaking. I’ll dedicate the film to her as soon as it’s complete.”

Redmon also has been filming something of a follow-up to Katrina. The untitled project follows one of Ms. Pearl’s former tenants, Charles, a mentally unstable man who rode a bike on a 300-mile crusade through Louisiana to help other storm victims. Later this year, Redmon is scheduled to finish editing another of his politically charged documentaries, Intimidad, a story he’s been filming for three years in Reynosa and Puebla about a Mexican family doing backbreaking work in a denim factory. Once it’s completed, Redmon will most likely submit the picture to the festival circuit.