Home Music The Show On the One
SHARE
Facebook
Twitter
Establishing supernatural, groove-oriented funk on a nightly basis would prove an exhausting task for your average musician, but San Diego’s On The One manages to crisscross the country and deliver earth-shaking, soulful intensity night after tireless night. 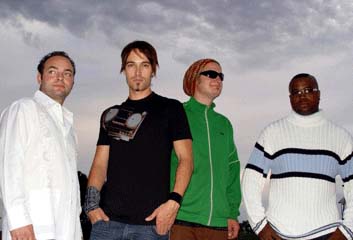 A tight foursome whose tuneage can border on transcendental wildfire, OTO has now embarked on a winter tour with guest member and former Particle lead guitarist Charlie Hitchcock on the soundboard, likely establishing an entirely new frequency in the jam-band cosmology.

On The One’s bebop hip-hop ensures that every moment is entertaining, be it in the sounds emanating from co-founder and saxophonist Jesse Molloy’s huge lungs, or in the supersonic, largely improvised (or improvised-sounding) bass plucking of Matt Schumacher, or drummer John Staten’s stable yet fluid stickwork. The group’s debut studio album, last year’s Love Addiction, could serve as a nice soundtrack to a dance party. Or a Wreck Room show.