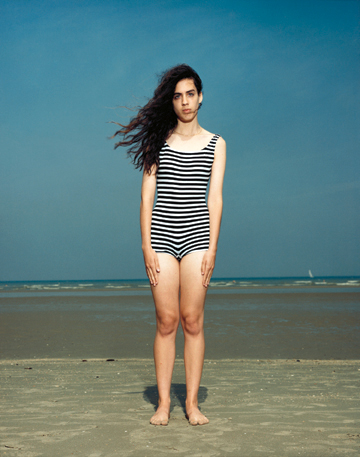 The talk of the recent Sundance Film Festival was a movie called Hounddog, in which a child character played by 12-year-old Dakota Fanning is raped. Back in 1978 Louis Malle caused a bigger stir with his film Pretty Baby, in which 12-year-old Brooke Shields played a girl born into prostitution in turn-of-the-century New Orleans. The passage of almost 30 years has done nothing to make the subject of childhood innocence and its end any less of a hot-button issue.

That’s why the Modern’s new homegrown exhibit figures to be one of the most provocative art shows Fort Worth has seen in recent years. Pretty Baby takes its title from Malle’s film; indeed, the movie will be screening at the museum this weekend as part of a film series adjoining the show. The subject won’t be sexuality per se, but the show will explore the myriad natures of childhood and perhaps puncture some of our assumptions about children as uncorrupted beings. The works on display range from Yoshitomo Nara’s After the Deluge, a painting of a girl who looks like a Fisher-Price doll, to Catherine Opie’s portrait of herself breast-feeding a child, to Rineke Dijkstra’s photograph of a pre-adolescent girl in a bathing suit on the beach, staring neutrally into the camera. What you read into that one may tell more about you than about the picture.