Fort Worth Weekly
Home Music Listen Up Chris Knight
SHARE
Facebook
Twitter
Songs pour from Chris Knight like good whiskey from a bottle. He’s an independent-spirited chronicler of existential life in American small towns where there’s little to do and less to do it with. 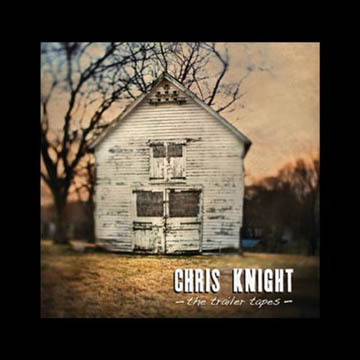 Knight recorded The Trailer Tapes in 1996, two years before he released his self-titled debut, produced by Frank Liddell, known today for his work with Grammy winners Lee Ann Womack and Miranda Lambert. The disc’s title refers to the beat-up trailer where Knight laid the tracks — and where he lived for 10 years. Eight of the 11 songs have never appeared on professionally produced albums; half were never played in public before. Ray Kennedy, who’s worked with Steve Earle, Lucinda Williams, and other marquee acts, mixed the c.d. last year, and here it is.

With Knight’s raw voice and adequate guitar playing, The Trailer Tapes is all about the hard-time lyrics. His subjects aren’t unusual; his way with words is superb. On “Rita’s Only Fault,” a song about loving a woman who killed her abusive husband, he sings, “Rita’s heart turned to ice on a hot night in July / She did what she had to do.” On “Move On,” he threatens a “townie” who hit on his date, singing “You don’t seem too bright ‘cause you just brung a switchblade to a pistol fight,” and “I’ll keep my woman, and you keep your life.”

On “Hard Edges,” he sings of Lisa who “used to love to dance ever since she was 10 years old / Her bare feet raising dust on the yard where the grass wouldn’t grow,” but who now lives “down among the jagged souls.” The ballerina, he sings, “sways unseen.” The simple recordings emphasize the plainspoken timbre of the lyrics. As Kennedy describes in the liner notes, the sound quality of the original tapes left a lot to be desired: “The guitar is banging on the microphone, clothes are scraping against the guitar, and rain is hammering on the roof,” he writes. “My goal was to clean up the non-musical issues that got in the way of some amazing performances.”-Tom Geddie