Fort Worth Weekly
Home Music Listen Up John Denver
SHARE
Facebook
Twitter
John Denver was a consistently — some would say mercilessly — sweet and upbeat-sounding performer, even on his sad songs. 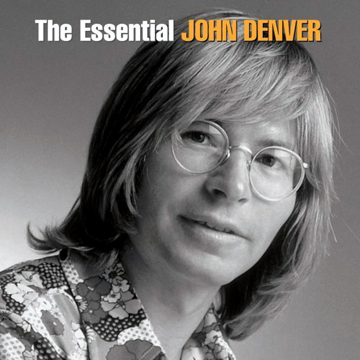 The best of his hits from the 1970s and early 1980s remain popular today in certain campfire circles. Sunshine could make him high, and, with his choirboy voice and face, he could be just too darn knee-slappin’ happy for some people, such as on the homicidally saccharine “Thank God I’m A Country Boy.”  Still, Denver’s best pop-folk-country songs had a solid, middle-of-the-road hope and appeal that won him 14 gold and platinum album awards. The most memorable of the 36 songs on The Essential John Denver, which covers the years 1969 to 1985, plus one song from his 1995 Wildlife Concert, include a lot of his earliest work. Sing along to “Leaving On A Jet Plane,” “Rhymes & Reasons,” “Take Me Home, Country Roads,” “Poems, Prayers, and Promises,” “Rocky Mountain High,” “Sunshine On My Shoulders,” and “Annie’s Song.”

The former John Henry Deutschendorf Jr. graduated from Fort Worth’s Arlington Heights High School. He changed his name to “Denver” because he loved that city and that part of the country. “His whole life was sung in a major key,” said Milt Okun, who produced many of Denver’s albums, referring to the theory that songs written in a major key usually sound happier while songs written in minor keys sound sadder. “He couldn’t believe it when I told him that he didn’t have a single song in a minor key in his whole catalogue. He didn’t try to be like that — he just was what he was.” That’s not a bad thing in today’s world where “cool” really seems to mean “conformity.” Denver died in 1997 when the experimental airplane he was piloting crashed; his simple songs, which in many cases grew more orchestral and cluttered as time passed, still live and seep, from time to time, into the culture’s consciousness, which isn’t a bad thing either.-Tom Geddie