Home News Metro All the Needy, All the Time
SHARE
Facebook
Twitter
Members of a local group that is pressing Tarrant County’s John Peter Smith hospital system to provide its full range of medical services to undocumented residents say they now believe that the denial of those services may violate the Texas Constitution. 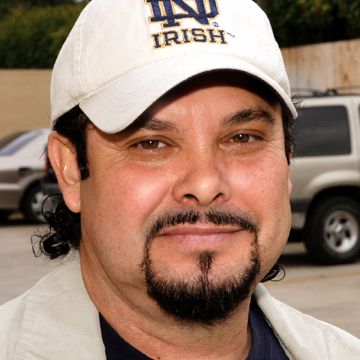 Activists from the Allied Communities of Tarrant are trying to decide how to press their case for a constitutional challenge to the county hospital’s policy of denying most non-emergency charity care to undocumented immigrants. They’re hoping that either the hospital board will voluntarily change the policy this summer or that legislation filed by State Rep. Lon Burnam of Fort Worth will change it for them — before ACT takes the question to court. In the meantime, one ACT member said, it looks like the group’s work is already having some effect — JPS is trying harder, community health leader Jose Aguilar said, to let people in the community know what health services they are actually entitled to. But, he said, patients who qualify for certain services under federal law are still being turned away by an intake process that rejects applicants on the basis of citizenship before determining what kind of healthcare service is needed.

Peter Fears, lead organizer of ACT, said the state constitution, in creating public county hospitals, “noted that those hospitals would ‘assume full responsibility for providing medical and hospital care to needy inhabitants of the county.’ It didn’t eliminate anyone or put restrictions on that care beyond being an inhabitant of the county. So how can JPS decide that an inhabitant of Tarrant who is not in the U.S. legally should not get that care?” Tarrant is the only metropolitan county in Texas where the public hospital system denies a full range of charity services to non-citizens. Under federal law, JPS must treat all emergencies, regardless of a person’s legal status in the country or ability to pay. But hospital officials maintain that they are not compelled to provide free follow-up care or preventive care for those who are not in the U.S. legally.

“If you [legal residents] earn under 200 percent of the federal poverty level, you can get charity care through our Connection program,” said Robert Earley, senior vice-president of JPS. “And I believe that includes all the services we provide. And we provide a lot of charity care.” ACT and other critics, however, point out that the hospital is receiving far more each year in payments for services to poor people than it is providing. In fiscal 2005, JPS had a surplus of $17 million in charity-care funds alone. In fiscal 2006, its total surplus was more than $76 million. “I would say the amount of money the JPS network has in the bank is unconscionable, and they need to spend it,” said Ann Sutherland, an ACT member who spent 12 years working with the California legislature. ACT and others believe that it’s actually to taxpayers’ advantage for such care to be provided because, without preventive and routine care for poor people, their health problems frequently deteriorate into severe conditions that end up being treated on an emergency basis, at a much greater cost to the public.

The community group is also trying to convince JPS to broaden its criteria for free care by raising the income cap on eligibility. Right now, a family of four with income of about $40,000 — or twice the federal poverty level — can receive free care. Setting the income cap that low, ACT leaders say, leaves out a sizable portion of the population who are still too poor to afford health insurance. ACT, with the League of Women Voters, released a study in early January (“Prescription for Care,” Jan. 10, 2007) concluding that the JPS system has more than enough money to take care of both groups. Under pressure, the hospital system board hired an outside firm to do its own study of the question. According to Earley, that study, which should be complete in June, is looking at three major areas. “We’re trying to discover what the undocumented population of Tarrant is. We’re also looking at the current capacity of JPS and whether it can handle an increase in that capacity that would occur if we provided undocumented people with medical care. Thirdly, we’re looking at what would be the cost of dealing with an increased patient base.”

ACT says all three questions have already been answered. “Based on a period of time in 2003 and 2004 when JPS did provide care to all,” said Sutherland, “indigent and undocumented care would cost between $2 million and $4.2 million annually, excluding physician and pharmacy costs. And JPS always has considerably more than that in surplus charity funds each year.” The earlier study showed there are roughly 97,000 undocumented immigrants in Tarrant County, only a small fraction of whom could be expected to use JPS charity services. That study convinced Burnam to introduce a bill that would force JPS to provide full medical care for all needy Tarrant residents, regardless of their legal status in the U.S. “I completely agree with the ACT study,” Burnam said recently. “To me the solution is clear: Provide the care as needed to whomever lives in the county.” Even though he has filed a bill on the issue, he said, “the people in Fort Worth shouldn’t need to pull a legislator into this. They should just do the right thing. How can the board at JPS not see that an ounce of prevention is worth a pound of cure?”

Because chances for his bill to pass as a stand-alone measure don’t look good, Burnam’s office is hoping to attach it as a rider to some other proposal. “We are actively looking for other legislation this could be added onto,” said Heather Creek, Burnam’s legislative aide. Anne Dunkelberg, associate director of the Center for Public Policy Priorities, an Austin think tank, said the denial of charity hospital care in Texas may have never been challenged on constitutional grounds before. “The [Texas] constitution does require counties to be responsible for medically indigent residents,” Dunkelberg said. “And we clearly have a statute that says counties may provide medical services to the undocumented. That was clarified by law in 2003.” Furthermore, she said, JPS, like every other hospital that receives federal funds, is required to provide several kinds of health services beyond emergency-room care, regardless of citizenship status. “People always refer to emergency care, but it’s more complicated than that,” she said. Hospitals are also required to provide immunizations, maternity care, and diagnosis and treatment of communicable diseases.

Aguilar said that many who would qualify for care under that law are turned away. “Because of the process they have, where patients are screened by social workers, they say, ‘Let me see the passport,’” and if no passport or citizenship proof is produced, “they’re immediately let go,” he said. Only recently, since ACT took up this issue, he said, has the hospital begun doing more community outreach to tell people what services they are eligible for. Dunkelberg said that if it could be proved that JPS admission policies are inhibiting access to the services JPS is required to provide, it might be evidence that federal law is not being followed. She also noted that persons who are in this country illegally still pay sales taxes and, in many cases, property tax — and deserve to be able to receive the benefits of that.

Most Tarrant County residents either have private health insurance, receive Medicare or Medicaid benefits, or qualify for JPS’s Connection program, a co-pay system that entitles participants to all the kinds of medical care the hospital system provides. But there are still thousands of residents without any kind of medical coverage. In cities like Dallas and Houston, the public hospitals provide all available medical services to anyone who can prove he or she is a county resident, regardless of immigration status, and offer full hospital and clinic care to their county’s poor, even if their income exceeds the 200-percent-of-poverty level. Hospital intake workers there screen only for county residency — apartment or home leases, a driver’s license, pay stubs — and not for proof of legal U.S. status. “The real problem is that so many people don’t understand the issue,” said Aguilar, president of the St. Vincent de Paul Society at his church. “The people who have insurance are covered. Those who have Medicaid are covered. And if you’re covered, you don’t see why other people aren’t covered. And then people think the JPS Connection will take care of everyone else.”

Even those covered by the Connection program, he said, are required to reapply for benefits every few months. “If your car broke down in the meantime and you had to get a new one to get to work,” he said, it easily could turn out that the value of the car would put you over the asset limit for the Connection program. “And if you’ve got a chronic illness — hypertension or diabetes — well, you’re going to go bankrupt paying for treatment. And those diseases are preventable if you’ve got a medical home.” Aguilar and other ACT activists think that JPS is spending too much time trying to position itself on a par with large private hospitals and not enough time on its key mission. “JPS is funded by the taxpayers of this county, and it should be there to treat those people, period. All of those people,” he said. “The real question the JPS board has to ask itself,” said Fears, “is where its heart is. We know they’ve got the wallet. But do they have the heart?”