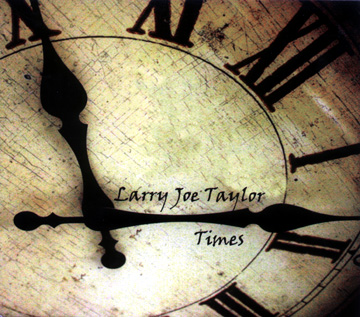 Larry Joe Taylor’s annual Texas Music festival has grown from 100 fans in a Mingus pasture in 1989 to a gigantic jamboree attracting 20,000 folks to a Stephenville ranch each April. As for albums, he’s knocked out a half-dozen over the years with the help of producer Lloyd Maines. There’ve been highs and lows. Some of the albums seemed overly intent on establishing a certain genre or sound, a marriage of country-and-western with Jimmy Buffet-like beach songs, to the point of sounding contrived. Meanwhile, his festivals, always a blast in the early years, kept growing and growing and eventually devolved into a mass of drunken humanity tainted by thefts and boorish behavior by obnoxious yahoos who preferred stirring up dust in four-wheel-drive pickups with boom boxes blaring rather than listening to the singer-songwriters performing around campfires. After skipping the event for two years, I returned this April and found it better organized and a lot of fun once again. And the soundtrack to my drive down there was none other than Taylor’s newest batch of songs, which reveal a maturing sound and an eclectic batch of homegrown songs.

Taylor’s singing has improved with time, growing deeper and more resonant, and he’s expanded his co-writing relationships, hooking up here with Mike McClure and Keith Sykes on several numbers. Beaches, breezes, and beer still sprinkle the lyrics, but Taylor doesn’t seem as obsessed musically with living up to his coastal and western tagline. The album’s first half offers damn good singing, writing, and performing, delivered with relaxed panache and an occasional wink. “Monkey River Town Girl,” co-written with Sykes and co-sung with a feisty Jerry Jeff Walker, celebrates the little Creole village in Belize. The cool and funky “Gotta Get Out” recently climbed into the Top 10 on the Texas Music Chart. And “Times Square” is flat-out gorgeous, a genuine highlight, lamenting our inability to tell others how we feel about them until it’s too late. “I never heard the whistle / ’Til the train pulled away / It’s like I’m always in Times Square / Just in time for New Year’s Day”

The album’s second half loses some steam, with “Lazy Day” — how many laid-back jazzy songs named “Lazy Day” does the world need? (Particularly ones with lazy lyrics: “I’m moving slower than a snapshot / It’s taking all I’ve got / To reach down and pop a top / On another one ‘cause the other one got too hot.”) And “Wife Without Parole” should have gotten the death penalty. But the album ends on a high note, with “Isla Mujeres,” written by Steven Fromholz, and, overall, this is one of Taylor’s strongest efforts and well worth a listen.