Home Music Listen Up The Hands
SHARE
Facebook
Twitter
What can $500 in production money buy you nowadays? Well, for elitists, it can get you about an hour in a quality studio. 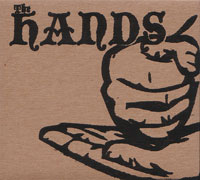 But for The Hands, a powerhouse five-piece from Seattle, it buys just enough time to fire off a raucous debut full of the same filth and fury that ignited punk in the first place. On So Sweet, their seven-track e.p., every bit of lo-fi, Detroit-rock kerrang possible gets thrown up against the wall and stripped down. What you get is a monstrous slab of The Stooges’ recklessness, Rocket From The Crypt’s propulsiveness, and The Hives’ energy. With the advent of The White Stripes and the more-is-less/less-is-more ethos, little strivers have gone out to the nearest pawn shop, bought themselves cheap, beat-up Telecasters, and tried to pass off their inability to play their Telies as “style.” Listening to So Sweet, you get the sense that if any band was born to play garage-punk, it’s The Hands. Tracks like “Lies Lies Lies” and “Lonely Way” are driven by Apache drums and shuffling, bluesy grooves, and the sounds are bright. Everything’s either high or mid-range, to the point that there’s often zero bottom-end. Only the final track, “Praying Hands Will Make Fists,” sneaks off into the darkness, with the guitarists shearing away at their incredibly down-tuned axes.

The Hands like to say that they make “music from the past that will be for the future,” an extravagant claim that may actually have merit. When’s the last time you heard “music from the past” and didn’t want to pull your hair out? The Hands may never have The Stooges’ or MC5’s primal spirit, but they make a damn good argument for the $500 record.-Justin Press