Home Arts Books Hullabaloo
SHARE
Facebook
Twitter
If you’ve picked up a catalog from Texas A&M Press lately, you’ve no doubt noticed all of the battleships and generals and wars. If you’ve caught the university’s Wackenhut-sponsored Homeland Security radio broadcasts on KAMU/90.9-FM, you may have heard the California professor with a German accent saying U.S. commercial airlines should install special equipment to deflect incoming RPG fire and said to yourself, “What’s up with that?” 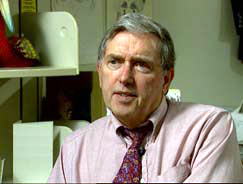 (Calm down. It’s only the Rand Corporation up to its old tricks. They’re scaring you so you’ll call your congressperson and tell him or her to shell out millions to the manufacturer of the aforementioned equipment.) But the sabers really are rattling louder than ever down in College Station. A&M is known for Texas history of considerable military mojo, buffalo soldiers fighting for the white man’s freedom, Sam Houston saying the grass has grown too tall on the path between himself and the Indians. A&M also publishes great books on Texas wildlife, local histories, and coastal conservation. With the help of the Bush Presidential Library, they’ve published some nationally significant books on presidential power, including Congressional Abdication on War and Spending (2000) and The Politics of Shared Power (1998), both by Louis Fisher, one of the most important men you’ve probably never heard of.

But Fisher has fled A&M for the more progressive and less Bush-friendly environs of the University Press of Kansas, an academic publisher of considerable cojones. There, he has published books on religious liberty, the executions of Nazi saboteurs, and unchecked presidential power and secrecy. In 2006, Fisher won the Neustadt Prize, a top honor in presidential studies for his book Military Tribunals and Presidential Power. If you want to conduct warrantless surveillance of U.S. citizens or to detain them indefinitely without explaining why, Lou Fisher could present a clear and present danger to your gameplan.

Fisher was the young gun that U.S. Sen. Sam Ervin consulted in the Nixon years, chiefly about what presidents could (or could not) legally do, back when Fisher was first hired in 1970 as a constitutional law specialist for the Congressional Research Service at the Library of Congress. In the ensuing years, Fisher testified before Congress on more occasions than he can count, to help navigate the interminable game of chess with the White House. Seventysomething Fisher is today one of the country’s foremost authorities on the separation of powers. He’s a cult hero to a new generation of eager beavers in constitutional law. He’s the go-to guy for the Federation of American Scientists, who have found themselves in the odd position of defending their right to discuss their own research truthfully with the public. In 2006, Fisher found his own right to discuss his work challenged. His lifelong statement that presidential power is limited was apparently seen by Republican members of Congress as a “lack of deference” to the current Bush White House. But long before that, to paraphrase Sam Houston, the grass had grown tall between Lou Fisher and Texas A&M Press.

Meanwhile, back at the ranch, Texas A&M Press’ star in its 2007 summer book list was a Chicken Little story about our foodstock’s susceptibility to tampering, Agroterrorism: A Manual for First Responders, by Jason B. Moats, training coordinator for the Enhanced Incident Management/Unified Command Program in the Extension Service at Texas A&M. It’s blessedly bantamweight compared to some of the doorstop-sized tomes that will be purchased nationwide with Homeland Security grant money in the coming years, all part of what the Brookings Institute now estimates to be a billion-dollar “national security” industry.

There’s fear for the whole family served up here. For those who require the requisite kinky little frisson of terror, charts to show which country has weaponized which biological agents. Unfortunately, Moats cites as a source Judith Miller’s Germs, now revealed as a delivery vehicle for some of the more questionable executive truths of our lifetimes. (Perhaps Moats needs to get out more? He seems not to have heard that old Washington joke: “How do we know Iran has WMD? Because we still have the sales receipts.” Maybe he’s being too polite to pass it on.) And he’s probably savvy enough to know that it’s considered déclassé in College Station to remember aloud that it was A&M’s former head, Robert Gates, as well as the senior Bush, who signed off on the illegal sale of certain arms to Iran long ago in the Reagan years. It would be like biting the hand that feeds you.

(It’s not hard to picture this book in the Smithsonian someday, an artifact in some exhibit our descendants will scratch their heads over, trying to fathom our confusion about who was harming us, alongside this year’s new Rand white paper on how the Pentagon ought to act more like Madison Avenue marketers and package its wars in a more appealing way to the American public.)

Texas A&M doesn’t need anybody’s help selling anything. The Aggies have raised a billion dollars in seven years, partly through the foot-soldiering of Gates, now U.S. Secretary of Defense. Ags also have raised money from thousands of loyal alumni, as well as from corporate megaliths such as ConAgra, Monsanto, ExxonMobil, Raytheon, Northrup-Grumman, and Halliburton, not to mention the San Antonio Livestock Exposition Inc. and the Union-Pacific Railroad. They have raised money from other alumni of Iran-Contra, certain S&L fraud schemes, the board of Enron, and a stray John Birch Society chapter or two. Ags also have procured a proclamation from Gov. Rick Perry in 2002, stating that whereas Texas A&M produced 225 generals and admirals in 125 years and is willing to adapt its systems and operations to the requirements of the Department of Defense, it shall henceforth be known as “The Military College of Texas.” A&M now ranks 10th in the nation for total endowment assets. They keep stats on how many employees they’ve supplied to Halliburton (500) but not how many students have perished as a result of presidential hubris. They have Disaster City, a federally funded yet trademarked training site for preparing first responders for the coming Islamo-fascist apocalypse, and they’ll probably sue your ass if you infringe on their trademark or otherwise elbow them aside at the great federal feed trough.

This fall, A&M Press will bring out a biography of Clayton Williams, paid for by Clayton Williams, an A&M alum who lost a gubernatorial race to Ann Richards in part because he said Texas weather is like rape: If it’s inevitable, relax and enjoy it. By the time the sun sets on 2007, they will have published books with titles like Combat Loaded, Patton’s Fighting Bridge Builders, War Bird Ace, Testing American Sea Power, The Only War We Had, Shadow and Stinger, The Secret War for Texas, The Son Tay Raid, Vietnam 1969-1970, Sappers in the Wire, and Danger Close: Tactical Air Controllers in Afghanistan and Iraq. Not likely that the saber-rattling will abate anytime soon. Looks like they’ve decided to relax and enjoy the inevitable.

And Lou Fisher? On a recent morning when his written opinion was being considered in Hepting v. AT&T, a class action lawsuit in federal court in San Francisco to determine if the current president can legally monitor and record dragnet-style, every phone call in the heartland made by average people like you and me and Jason Moats and the ambulance drivers in Cleburne or Waxahachie, Fisher was already writing his next book. Wonder what it’s going to be about.

Cynthia Shear is an English professor at Texas Christian University.