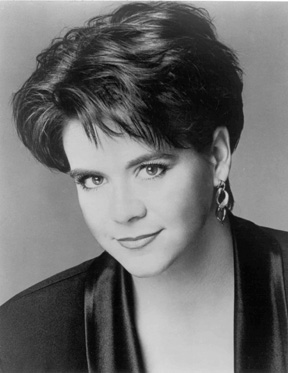 The cost of the extra musicians and rehearsal time is daunting, and the effort isn’t always appreciated. Mahler’s nine lengthy symphonies are difficult to program, and some people find them a strain on the attention span. FWSO’s inaugural Mahler survey took place last week at Bass Performance Hall. Harth-Bedoya softened some of the potential heaviness by assigning one symphony per night, with an opening program devoted to an overview of the composer’s life. Engagingly presented by Carol Reynolds, a former music history professor at Southern Methodist University, the introductory program included a performance by Metropolitan Opera mezzo-soprano Jill Grove, who illustrated the late-19th-century composer’s vocal output with exquisite readings of several song cycles. She was sensitively accompanied by pianist John Churchwell.

The symphonic series began in earnest Friday with the colossal First Symphony. Crowding the stage was a beefed-up string section anchored by eight double-basses, harp, woodwinds in four, brasses in three and four, and multiple timpani drums and assorted percussion instruments, plus eight French horns. The size was vintage Mahler, whose orchestras were some of the biggest of the day. Harth-Bedoya took the first movement at a leisurely pace, emphasizing the pastoral qualities of the bird-calls and Wagnerian spirit that permeates the music. He gave the second a lush reading, underscoring its Viennese waltz character, and found the playfulness of the unusually slow movement.

This mock funeral march was inspired by a 17th-century engraving of a dead hunter gleefully carried out of the woods on his shield by the forest creatures he had came to slay. In dirge-like tempo, the nursery tune “Frere Jacques” — softly and in minor key — comes into focus. But the animals can’t contain themselves, and the music explodes into a jubilant Hebrew folk dance until, finally, the creatures get it together again and return to their solemn procession. Harth-Bedoya found the sensuous, insinuating qualities of the dance with wonderful style and the suppressed joy of the animals that make this section so special.

But the mighty fourth movement — which gives the symphony its nickname of “The Titan” — is what fully utilized the augmented orchestra. A triumphant march that builds and builds to a shattering climax, the music filled the hall with the grandest racket I’ve ever heard there. “The Titan” marked the beginning of the end of the Austro-German symphonic school. By the time he died in 1911, Mahler closed the book on a tradition that began with Haydn and Mozart in the 18th century and descended through Schubert, Beethoven, Schuman, Brahms, and, lastly, to him. After Mahler, there was no place to go in that field, and new trains of musical thought blossomed. Harth-Bedoya has shown a sympathetic ear to Romantic music in the past, but this performance took him to a new level, one that ranks him with the best of his generation. Next year’s installment of the festival can’t get here soon enough.