From a humble American beginning at the San Francisco Ballet under war-rationing restrictions in 1944, The Nutcracker has become a national Christmas tradition, performed by seemingly every dance company in the country, every year. But if you think that means you shouldn’t go see this year’s version in Fort Worth, think again. 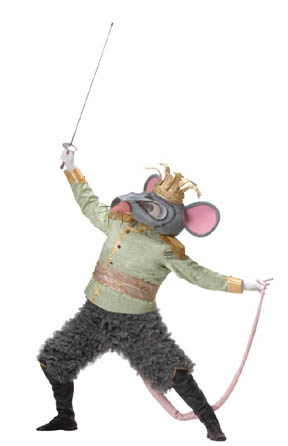 Texas Ballet Theater’s production of the Tchaikovsky classic, by far the most spectacular in the Southwest, began its December run last Friday in Bass Performance Hall and sold out almost every show. (TBT board president Robin Arena made a last-minute decision to see Saturday evening’s performance, but she couldn’t even get a house seat.) TBT’s Nutcracker is pretty much the same production created by current director Ben Stevenson years ago when he was Houston Ballet’s head creative honcho. All that’s missing from TBT’s are the flying cooks that introduced the second act, The Land of Sweets. “It’s an expense we’re not ready to take on yet,” Stevenson said recently. “The theaters we use here and in Dallas have different stage dimensions. There isn’t time to adjust, and the additional rehearsals to train the dancers aren’t in the budget. Some day …”

The eye-popping scenery and costumes by Campbell Baird form a luxurious backdrop for first-rate dancing, and first-rate dancing is what TBT delivered. In fact, the footwork may go down as some of the best ever witnessed by any local Nutcracker audience. Letitia Oliveira, a world-class ballerina who joined the company this season, led the way, along with young dancers who followed Stevenson from Houston and have matured into stalwart artists. On opening night and the following evening, the petite Oliveira assumed the demanding role of the Sugar Plum Fairy. Combining excellent balance, snap, and precision on pointe with unique flair — most notably in the bravura sections — the ballerina showed an instinctive musical sense that colored her movements with immaculate phrasing. She is a must-see talent.

Her two partners — Lucas Priolo on opening night, Friday, and Andres Silva on Saturday — were an interesting juxtaposition. A time-honored danseur noble in the British Royal Ballet tradition, Priolo effortlessly supported the ballerina and delivered his own solos with restrained elegance, never stealing the spotlight. The smaller Silva, on the other hand, is a Brazilian ball of fire, and he took what could almost be called a casual, American approach to the role. And there’s never any holding back in his solos. On Saturday, he went all out, firing off awesome jumps and turns. In any production, Silva and Oliveira, who is also Brazilian, create a special chemistry that adds a new dimension to the company.

On opening night, Victoria Wadsworth, Katelyn Clenaghan, and 16-year-old Lonnie Weeks danced the Mirlitons trio, and the ensemble was one of the highlights of the program. Weeks looked as suave and secure in the exposed classical setting as a dancer twice his age. The next evening, he danced the soldier Nutcracker, and, while the role’s military sharpness seemed at odds with Weeks’ fluid nature, it was just another opportunity for him to grow. Some other dancers and moments stood out, including Enrica Guana Tseng in a mesmerizing turn as the lovely Snow Queen and Thomas Kilps’ over-the-top Russian Dance, an athletic performance that was in the same league as Silva’s opening-night galloping. Like Weeks, Juliana Rodzinski is also a teenager. On opening night, the TBT trainee who joined the company this season — and who also is the daughter of Richard Rodzinski, the Van Cliburn piano competition’s executive director — danced Clara, the character around whom all of the events revolve. With nice technique and a natural stage presence, Rodzinksi is already shaping up to be quite a charmer.

The Nutcracker typically offers three advantages to a company: profit, experience, and a good opportunity for the director to see what his or her troupe can do. The piece is often referred to as ballet’s cash cow, or as Stevenson put it, the industry’s “bread and butter.” The Nutcracker gives many youngsters their first stage experience — Stevenson’s own first stage appearance, he said, was in a Nutcracker performance. An extended run, he said, “also gives the director a chance to see dancers in different roles to see what they can do.” For TBT’s current series, most dancers had to learn up to eight roles apiece. On opening night, Jack Buckhannan had his hands full leading a Fort Worth Symphony Orchestra that sounded under-rehearsed and ragged around the edges, especially the strings during the overture. By the next night, the ship had been righted, and the orchestra gave a glistening performance.