Denton singer-songwriter Doug Burr deserves international success, but in the meantime he may consider grief counseling. 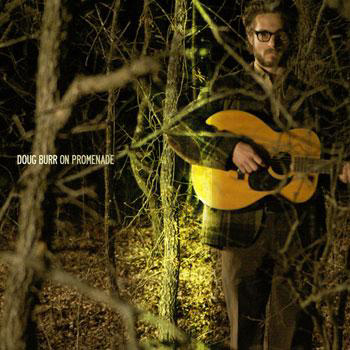 one of the most mournful, uncomfortably intimate releases of the year. Let’s just hope Burr awakens every morning to sunshine and bluebirds and reserves his beautifully authentic ache for his music. To be sure, there’s nothing maudlin or morbid about the 11 tunes on his sophomore album, co-produced with a gossamer gentleness by Burr, Britton Beisenherz (Deadman, Milton Mapes), and Todd Pertll (Deadman, Thrift Store Cowboys) – the tracks ripple sweetly and serenely through your head.

But if you listen closely to Burr’s homiletic lyrics delivered with such hushed earnestness, you realize someone’s drowning in the undertow. The songs mostly forsake the more overt (if nondenominational) sermonizing that characterized the gospel elements of Burr’s debut, The Sickle & The Sheaves. The opener here, “Slow Southern Home,” finds the troubadour “drenched in anguish and bright light,” which pretty much sums up the dimly twinkling mix of steel pedal, fiddle, accordion, and banjo that flickers throughout the CD. Burr revives Hank Williams’ lonesome “Whippoorwill” but with a twist; Burr’s bird returns to “wake you up and tuck you in,” even though the singer, his voice cracking like Neil Young’s, covets the animal’s instinctive, irrepressible will to lift its voice to the sky. The devil and an approaching flood gild the Southern Gothic vibe of “Thing About Trouble,” arguably the album’s most succinct statement on the idea of salvation through sin. The deathbed murmur of the closer, “Blood Runs Downhill,” evokes the odd sensation of a man expressing despair and comforting himself in the same breath. If you want a bracingly melancholic antidote to the season’s plastic cheer, On Promenade is your CD. – Jimmy Fowler