Point blank, there is not one single goddamn reason why Within Chaos can’t become the next great nü-metal band. 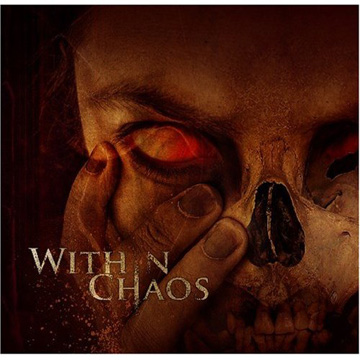 The metallic Cowtown quartet’s new release, Virulent, is 10 punishing exercises in self-empowerment, vengeance, and inner turmoil, three passwords that normally allow entrance into the commercial-metal clubhouse. Like Lamb of God – the not-so-Christian Richmond, Va., band that has become the flashpoint of the American metal scene – Within Chaos blends guttural vocals, mercurial rhythms, nuclear-powered guitars that threaten to bust down the noise-gates, and drums that sound like they weigh 50 tons. But there is also an undercurrent of melody that never gets lost in the maelstrom. Everything connects.

The first track, “What Doesn’t Kill You,” a reworked version of an old WC song, limps out, the drums keeping everything off-kilter by falling a half-measure behind the beat, before erupting into a massive mosh. “The Order,” tip of the hat to Pantera, looses a mean Dimebag Darrell-style riff that churns ominously as the bass coils around the stomping skins. Lording over the beautiful grime is singer Danny Reed, who probably gargles with cayenne pepper flakes before every performance. His larynx should be down around his knees by now. (It’s not.)

The amount of calculated fury here could easily get lost up its own ass if not for the musicianship. Guitarist Jason Huggett is a studied technician who actually understands what Morbid Angel’s Trey Azagoth and Meshuggah’s Fredrik Thordendal are trying to do with their highly orchestrated solos and chord progressions. “Into The Shadows” follows Azagoth and Thordenal’s lead but includes Huggett’s own brand of Texas whup-ass, as his ethereal flourishes and driving chunka-chunka progressions battle for supremacy.

Not to say that all of Virulent is full-on dynamite. “Rebirth of Rebellion” and “Power Trip” are two examples of paint-by-numbers power-thrash. But the bad is redeemed and the great honored by “Buried Alive,” the track that best represents what Within Chaos is about. Though it maintains a brutal, sluggish pace for minutes on end, the end result has all of the inevitability of a ticking time bomb. You can’t look away. If Virulent is any indication of where Within Chaos is headed, then Richmond’s finest better be looking over their shoulders. As the old Zorlac Skateboards shirt used to read: “Fuck You, We’re From Texas.” – Justin Press