As fans of both The White Stripes and progressive classic rock, The Red Herrings – guitarist-singer Joe Hill and drummer-backup vocalist Matt Lombard, plus some contributors – are smart songwriters, paying close attention to the way particular songs can swell and dive. 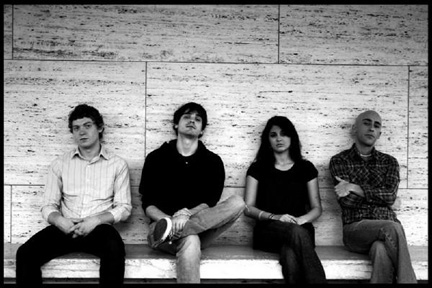 The band’s new five-song EP, Eros Errors, is a masterstroke in songwriting and performing that’s concise and clear but always a little gloriously muddy. The songs are mostly narrative, and the main character is the Greek mythological god in the album’s title, pondering life and love. The band also renders some of the songs as conversations – Hill may pose a question and answer himself with his guitar.

Recorded by Will Hunt at Dallas’ Spaceway Studios, Eros Errors has a boomy, Led Zeppelin-y feel, mostly because Hunt cranks up Lombard’s heavy-handed stomp. There also is some complex yet catchy interplay between Hill and Vincent bassist Coby Queen, who recreate in notes and tones love’s often circuitous nature. There’s a jazzy give-and-take among all of the musicians, and in homage to their name, Hill and company sprinkle a few false stops throughout the album. Eros Errors doesn’t have any soft spots. Note by note and track by track, the record is a step above a lot of other new local releases. Visceral and intellectual, Eros Errors is the real deal.-Caroline Collier