On its new seven-song album, Like I Do, Backside Pick delivers a tight, scholarly mix of sounds, including something reminiscent of a high school marching band, with trumpet, trombone, and saxophone. 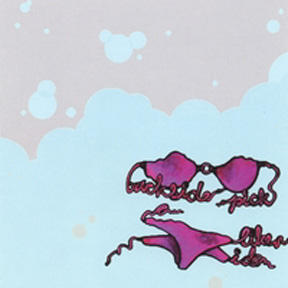 But most former band directors might not appreciate the imprecise, mildly out-of-tune performances by the Denton 10-piece here. “Stick It Up” starts off the procession rather unassumingly. The lo-fi production allows dual organs to overpower everything, with boring progressions that distract from the song. The keyboardists solo ad nauseum over a fairly tight groove, though disco overtones generate a happy trance-music feel.

Most of the music is fun if not always professionally performed. “Like I Do” catches the album at its apex, where Latin percussion grounds everything. Otherwise unmelodic, the title track at least offers a chance for the listener to sing along.

Frontman Rocky Ottley pens jubilant tunes, but his vocals come off as restrained. To tie together the sloppy, bluesy-funk mix, he should unleash his voice and take real command of the songs. A more aggressive approach to emoting through music might transform Backside Pick from forgettable to memorable. Arrangement and talent-wise, Backside Pick offers definite promise. A little tightening time in the rehearsal room is in order, though. – Caroline Collier