Tim Hensley’s debut CD, Long Monday, has been a long time coming and is sure to stand as one of the best country-bluegrass releases of 2008. 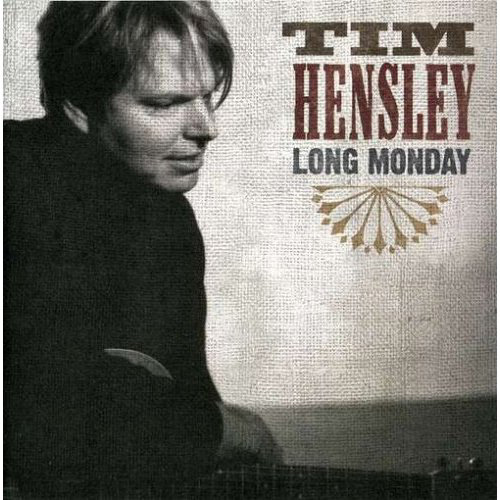 Hensley made his name, such as it is, playing guitar and doing backup vocals with Ricky Skaggs, Patty Loveless, and for the past six years with mainstream country-radio darling Kenny Chesney. Hensley’s sincere tenor voice and high-lonesome delivery grow out of his Pentecostal upbringing in Cincinnati and his years as part of onstage ensembles playing other people’s music the way they wanted it played.

His mix of originals and interpretations, including the instrumental standard “Shady Grove,” is consistently strong, ranging from storytelling ballads to the bluegrass admonition against letting the fox run the henhouse to Southern gospel. The playing is superb and, if anything, understated, and the harmonies exquisite. “Dear Departed” is a fare-thee-well lament for a lost love. His own “What a Sight to Behold” yields a loved one’s dying vision of a place where we never grow old. Rodney Crowell’s “Ridin’ Out the Storm” tells a homeless man’s story of “sleeping with an angel while his heart pretends to beat.”

After repeatedly hearing Hensley sing backstage after shows, Chesney co-produced Long Monday with Buddy Cannon. “Tim gets up there every night and rocks with us, but it’s after the shows, walking back to the bus, that you can hear his voice in the halls, singing what he truly loves,” Chesney said. “It was letting the world get to hear something we’ve been lucky enough to get to hear almost every night for the last five or six years.” With guest musicians and backup singers such as Loveless, Vince Gill, Sonya Isaacs, Aubrey Haynie, Keith Grantt, and Rob Ickes, Long Monday is a gentle, mostly contemplative album deep in country’s roots. – Tom Geddie