Last fall, the principal of Clifford Davis Elementary School in southeast Fort Worth announced at a staff meeting that the school would be eliminating recess Monday through Thursday and cutting back on physical education, music, and art until the students’ test scores improved. 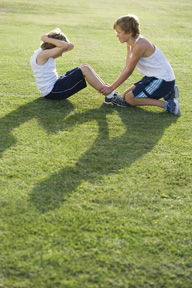 Though Sheila Turner didn’t specify which test scores needed to improve or by how much, heavy drilling for the state-required Texas Assessment of Knowledge and Skills, or TAKS, has become commonplace in Texas schools, much to the chagrin of teachers and students. Under state and federal policies, schools can lose funding and even accreditation in extreme cases if its students do not perform well on the TAKS. The test was designed to hold teachers and school administrators accountable for student achievement when it was implemented in 2003, replacing the Texas Assessment of Academic Skills exam. Critics of TAKS say that all it does is teach students how to take the test, while stealing time away from the actual teaching of subject matter.

Clifford Davis Elementary is not the only Fort Worth public school to shave time off of recess, lunch, and special classes such as music, art, and physical education in order to allot more hours to test drilling. Meadowbrook Elementary has shortened recess and lunch, for instance. But many parents and teachers at Clifford Davis said that the school has taken it to such an extreme that the lack of physical activity and social interaction could be potentially damaging to the health of the children. The concerned parents and teachers also note that change in policy does not meet the school district’s minimum requirement of 135 minutes of physical education per week.

Turner’s actions also appear to violate state law. A measure that went into effect in September 2007 requires elementary school students to “participate in moderate or vigorous daily physical activity for at least 30 minutes.” The statute doesn’t say specifically that a physical education class or recess is necessary to fulfill that 30 minutes, but several teachers told Fort Worth Weekly that the children are not getting the exercise they need.

Jeff Kloster, deputy health director of the Texas Education Agency, said the TEA can’t enforce the law. Agency officials, he said, can only inform the district of a problem, and the district can do anything from reprimanding a principal to referring the school back to the state for investigation. The state has the power to threaten a school’s accreditation in extreme cases.

Curiously, Davis is currently rated as “recognized,” the TEA’s designation for schools that have a 75 percent passing rate on the TAKS. The elementary school was also lauded for its improvements in student mathematics scores.

Turner denied that she has cut recess, physical education, art, and music in favor of test drilling but refused to comment further, referring all questions to district officials.

One teacher at the school, who asked not to be named for fear of retribution, said that the lack of physical activity has made it difficult to teach the children. “The students are more difficult to manage,” the teacher said. “They have become restless, and they don’t behave well sometimes. They have no opportunity to talk to their friends because they get no time off to socialize.”

According to the teacher, Turner told her staff that the district was encouraging schools to “maximize learning time” for students. The teacher said that last week, the students had physical education class only once.

At Clifford Davis, music, art, and physical education classes share a single time slot. For two week, the kids are taught music in that time slot; then it’s art for two weeks, then P.E. But even when it’s P.E.’s turn, the classes are sometimes pre-empted for test drills, a practice that has become common since the policy changed, the teacher said. “The students are always asking me, ‘Can we go outside today?’ “

TEA spokeswoman Suzanne Marchman said the ‘drill and kill’ practice of teaching the TAKS shouldn’t be necessary because the exam is designed to test students on what they learn in the classroom.

“What we tell parents, teachers, and administrators is that if teachers are teaching the curriculum, then there should not be the need for ‘drill and kill’ in the schools,” she said.

One teacher at Clifford Davis defied the principal and took students out for recess to reward them for their excellent scores. The result was disciplinary action by Turner. Last October, the teacher wrote to Patricia Lanaris, a district deputy superintendent, about the policy at the school. Lanaris told the teacher that she would look into the matter, but the district has taken no action against Turner yet. The teacher described the faculty at Davis as being generally outraged at the changes but too scared of punishment to confront Turner. And many of the parents, the teacher asserted, may not even be aware of the policy change, since the school did not communicate it to them.

One concerned parent, Lupe Rubalcaba, who has two children at Clifford Davis, said she did approach Turner about her dissatisfaction with the policy change. She said Turner’s response was that the new policy would continue indefinitely until the scores went up. Again, Turner did not specify what test scores needed to come up or by how much.

“She said it’s going to be like this for the rest of the year,” Rubalcaba said through a translator. “It’s not right; they should be allowed to have recess. School is not just about studying.”

Rubalcaba said she has noticed a change in her children since daily recess and physical education periods were ended. “They are more tired because they do not have the opportunity to play outside,” she said.

Literature on the benefits of physical education and recess suggests that the more exercise a kid gets, the better that kid performs academically. At the elementary school level, exercise is also crucial in the development of a child’s motor skills, in addition to creating physically active habits. Study after study on recess says that it is important for a child’s social development and stress level.

The state health department published a paper in May 2008 that concludes that physical activity is necessary for normal academic, health, social, and physical development.

Teachers report that over the last couple of weeks, however, the gym at Clifford Davis has been filled with desks for a math “boot camp.” 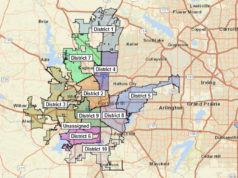