Habanero’s Grill and Cantina, unrelated to the two-restaurant chain in San Antonio, occupies prime real estate in Stockyards Station, past Hunter Brothers’ H3 Ranch and beyond the Riscky’s empire of barbecue and steak.


It’s in the last building on Exchange Avenue heading east, one that’s been home to many different restaurants. You’ll have to dodge cowboys, cattle, and tourists to find a place to park.But it’s a bad sign when a new restaurant isn’t listed in the phone book and, potentially worse, when a place in the heart of the “historic Fort Worth Stockyards” has a 214 phone number. Kind of lends an air of impermanence. Another bad omen: Habanero’s didn’t have its liquor license when some guests and I visited.

The good news about the funky-looking space with the concrete floors and the stucco walls: The chips are homemade and not greasy, and the pureed, non-chunky salsa packs a nice kick courtesy of fresh peppers and a lot of garlic.

The bad news: Our lunch saw more misses than hits. 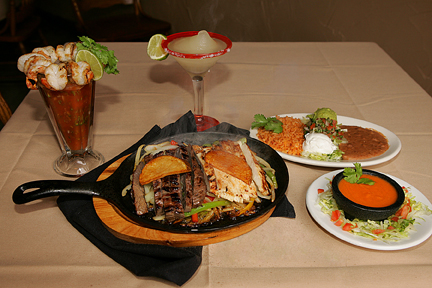 Starting with the appetizers. The guacamole “salad” was just three dainty scoops (more like tablespoons, really) of silky, fresh mashed avocado and assorted spices. It needed salt, and for the price (almost $6), you should get a whole avocado’s worth. Still, it was a better choice than the queso flameado. The “blend of Monterey jack cheese with chorizo” came to the table as a lot of greasy chorizo and just a little cheese. The mass was too heavy for any single chip. Fortunately, the app comes with fresh, delicious corn and flour tortillas.

On the main menu, Habanero’s offers pretty much every Tex-Mex staple you can think of and some new ones.

My tablemate took a bite of her beef enchiladas – she had been craving them – and then gave me a funny look. “All I can taste is the chili powder,” she said, grimacing. And she was right. The ground beef-stuffed standbys were drowning in raw chili powder, obliterating the taste of the meat, cheese, and corn tortilla.

The carne asada, which we ordered rare, was purported to be “grilled rib-eye steak seasoned with rich spices.” What came out was fairly fatty, well-done beef, with no discernible spices, rich or otherwise.

The chicken fajitas were pronounced adequate, and the beef fajita taco dinner above average. The meat was tender, lean, and flavorful. The rice and beans that accompanied all of the dishes were serviceable but not spectacular.

Sadly disappointed, we pondered the two desserts on the menu. Both the flan and the sopapillas are homemade – and ended up being the lunch’s saving graces. The flan was creamy, fluffy, custardy perfection, with just the right amount of runny caramel sauce. Even the diner who didn’t like flan enjoyed what she tasted. The sopapillas – fresh out of the fryer, smothered in cinnamon sugar, and served with honey – were better than any I’ve had in a long time.

The service at Habanero’s was impeccable. Drink glasses were never empty for long, and fresh napkins and flatware were brought without request after we’d left our forks on our appetizer plates. But good service can’t make up for the fact that the place, named after one of the spiciest peppers on the planet, produced food that was neither flavorful nor consistently good.