After six hours behind closed doors on Monday night, the Tarrant County College board of trustees emerged and approved a resolution that will end Chancellor Leonardo de la Garza’s employment on June 30. After 12 years as TCC’s top dog, de la Garza was given a week to clean out his desk.

The special meeting was a continuation of last Thursday’s session, in which the board deliberated for more than two hours on the chancellor’s fate without reaching a decision. 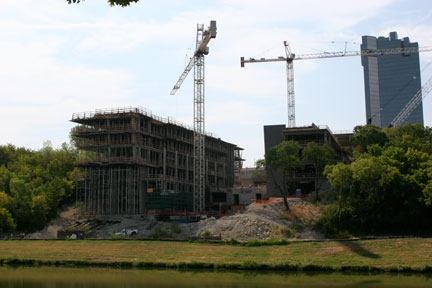 For all practical purposes, de la Garza was fired. However, board members, in public session before a weary audience, refused to use those words, calling their action “a modification of his current contract.” He doesn’t leave empty-handed. Lengthy negotiations between the attorneys for the board and for de la Garza – whose current salary is $350,000 a year – resulted in the board agreeing to pay the chancellor a total of $700,000 by January 2010. According to the resolution passed on Monday, that sum represents all amounts due to the chancellor under any [previous] contract, including his deferred compensation and retirement plans.

The resolution also guarantees that the district will “indemnify [de la Garza] from third party claims … except for those claims … caused by official misconduct, willful or wrongful acts, or gross negligence.” In return, the chancellor agreed to release the district from any losses arising out of his employment with the district, including losses from his deferred compensation and retirement plans.

“I think we [the board members] will pay a penalty for this, a political penalty, as this appears to be a lot of money,” said Joe Hudson, the newest trustee. Hudson has been a leading voice for reform on the board and an opponent of the chancellor’s spending habits, the board’s rubber-stamping of his requests for money, and de la Garza’s and the board’s joint history of hiding their official actions from public view. But in the end, “This will be worth it, as it will give us what we need most, a new direction,” he said. “Basically, we can now start fresh and, I hope, bring a new era of openness and transparency to the public and fiscal prudence in spending the public’s money.”

In an equally dramatic moment, Robyn Winnett, another reform-minded trustee, called for board president Louise Appleman to consider resigning. Appleman has long been criticized by Hudson, Winnett, and board vice president Bobby McGee, as well as a growing number of community leaders, for her role as de la Garza’s principal protector.

Appleman replied that she was not ready to resign. At the end of the meeting, she left without speaking to reporters.

Later, Winnett told Fort Worth Weekly that her call for the president’s resignation and her vote to replace the chancellor were prompted by “the controversy that has been going on” surrounding the district’s construction of a near-half-billion dollar downtown campus, part of which is still unfinished after five years, with costs now more than four times the original estimate. Included in that controversy, she said, is the “complete lack of accountability” from the chancellor for the delays and cost overruns. (The latest figures given to the board show that completion of a greatly reduced segment of the original campus will cost the taxpayers more than $1,500 a square foot, hugely out of line with development costs for other downtown propertie 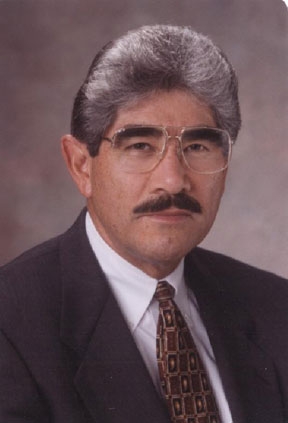 s and other college campuses.

The question that begged to be answered Monday night was: What prompted the full board to void a contract that four of them voted for a year ago, at the time heaping praise on the chancellor for his vision and service?

No good explanation was forthcoming. In a curious moment that went to the heart of Hudson’s call for more transparency both on the board and off, the trustee said that he “had no idea” that the board was going to consider a discussion of the chancellor’s “contract and compensation” until he read it on the agenda posted a few days before the meeting last Thursday, just like any other member of the public. Winnett said the same thing.

So who decided to bring it up? Appleman handles the agenda items, Hudson said, and she wasn’t talking. Hudson said he had heard, but hasn’t been able to confirm, that the negotiations over the chancellor’s contract had been going on between Appleman and de la Garza “for some time” and that the chancellor “initiated the discussions.” Hudson said he doesn’t know what changed, nor does Winnett; they were the only board members who spoke to the Weekly Monday night.

If negotiations on a matter of such import to the college and to the public were going on without the full board’s knowledge, were those talks legal? Hudson said he didn’t know.

Critics of the chancellor who were present were ecstatic. “He’s gone, and that’s the best news for this community and for students that we’ve had in a long time,” said Larry Meeker, who is a party to a lawsuit (now in appeals court) challenging the legality of the chancellor’s most recent three-year contract giving him a $350,000 annual salary. The lawsuit will continue, he said, since it is also aimed at the board for violating the letter and spirit of the state’s open meetings act when it awarded the contract to de la Garza a year ago without providing properly worded notice in its posted agenda. The suit also charges that state law was violated when the board failed to give the public 21 days notice that action was going to be taken regarding a new contract for the chancellor, who had been working without a contract for some time.

In remarks to the board at Monday’s meeting, Meeker pointed out that if the lawsuit is upheld on appeal, any action the board took that night would become moot, as a win by the plaintiffs would void the original contract making the chancellor, legally, a non-employee of the district. “You can’t fire somebody who doesn’t work for you in the first place,” he said. And, more importantly, de la Garza would then have no claim for all that severance pay, Meeker pointed out.

Meeker, the owner of a long-established Fort Worth oil company, has more than a passing interest in the future of TCC. Forty years ago, he was the lead-person on a citizen committee that worked “every waking moment” for more than a year, he said, to organize and get voter approval for the community college district that made TCC possible. “I put my life and business on hold back then, to get a community college that would provide high quality and affordable education to those in this county who couldn’t afford to go to college otherwise,” he said. “I didn’t work all that time to see a half-billion spent on a monument to a man and a board,” he said, referring to the still-unfinished downtown campus on the Trinity River’s south bluff. He has passionately argued in many forums that the money spent on the bluff project should have been spent on teachers and student scholarships. “We are not going to be satisfied with seeing the chancellor go,” he said. “We’re going to be targeting the board members who protected him for so long” when their seats open up. That is no idle threat; Meeker’s financial support helped get Hudson elected to the board more than a year ago.

Dolly Worden, the widow of Jim Worden, who served as a vice-chancellor and then interim chancellor at TCC during his 25-year career there, said the board’s action was long overdue. “This man has taken a very great institution and run it into the ground. Students and teachers have suffered,” she said, as he spent money on buildings and refused to spend money on expanding programs and bringing innovative programs to the campus. “Think, just think, what could have been done for students with that money that has gone into that hole in the bluff,” she said.

De la Garza had his defenders. A group of Hispanic leaders called on the board to keep him on, saying that he has done “great things” for the community college and opened its doors to growing numbers of minority students. Juan Rangel, a Fort Worth schools trustee, congratulated the board for hiring the first Hispanic to serve in a leadership role in an important public institution in Tarrant County. “You were ahead of the curve,” he said. Rangel, who said he had known and worked with de la Garza for many years, praised his “care and concern for students.”

Paulina Valenciano, a Southside community leader, pointed to the district’s growth, both financially and in student enrollment, since de la Garza took over the district in 1997. “Why aren’t we praising what he has done?” instead of trying to get rid of him, she asked the board.

Later, Valenciano, joined by a half-dozen other Hispanic leaders, said that the push to get rid of de la Garza was coming from what one called the “powerful and rich folks downtown” who don’t want a community college in their midst. “They want that land to develop for profit,” Valenciano said.

Were they referring to the Bass family? “Who else?” one member of the group replied. None of the group said they were upset over the escalating costs of the downtown campus, calling it just a result of the economy and rising costs of construction. “It will be worth it in the long run,” Valenciano said, “because it will be a world-class college for students from all over the county.”

In the end, their defense of de la Garza came too late.