After 23 years as president of the Van Cliburn Foundation, the group that organizes and presents the quadrennial Van Cliburn International Piano Competition, Richard Rodzinski is retiring, leaving a gaping hole not only in the organization and the competition but also in North Texas’ classical music community. 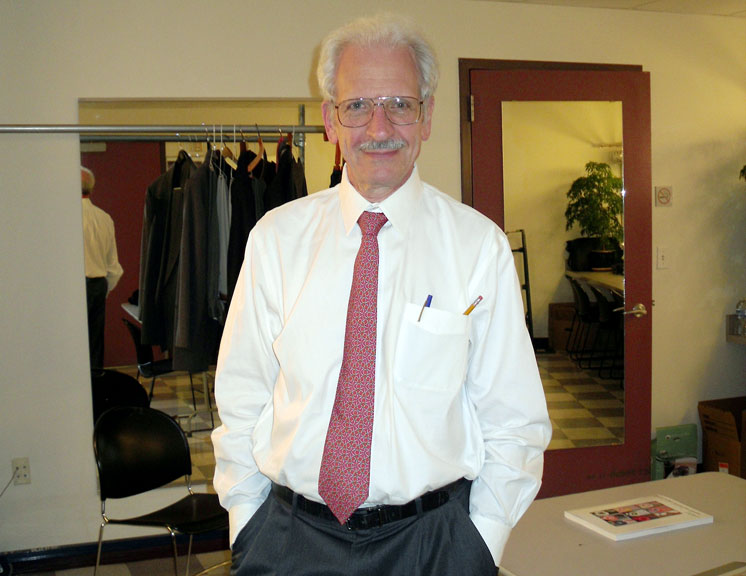 In redefining the Cliburn over the years, Rodzinski redefined the entire music competition industry. Gone are the days of a young winner getting a fat check, a debut recital, and a pat on the head. In the Cliburn, the fat check is still there — actually six of them: $20,000 for each of the top three contestants and $10,000 each for contestants four through six. And while the winner’s debut recital in New York City is no more, a golden plum introduced by Rodzinski is still intact for all the finalists: They get three years of concert management and three years of performing engagements, which amounts to around 60 concerts a year — a hefty leg up for budding professionals — all of it organized and overseen by the foundation. The first-place winner’s engagements are both international and in the United States. The others are all American.

In trying to keep the competition in the public eye between four-year cycles, Rodzinski came up with an Outstanding Amateur Competition that also meets every four years, in between the regular contest. Reserved for pianists 35 and over whose music earnings do not exceed 50 percent of their income, it has become a popular outlet for talented part-time musicians. Rodzinski also inaugurated a Cliburn recital series at the Kimbell Art Museum and a contemporary composer series at the Modern Art Museum of Fort Worth. He also initiated the Cliburn at the Bass concert programs.

In addition to running the competition and producing the subsidiary events, Rodzinski has constantly fine-tuned the operation. For the 2009 meeting last May, the Cliburn began webcasting performances. An estimated 100 million-plus viewers/listeners tuned in. A film documentary also was put together for later viewing. Ironically, with his intimate involvement in the competition, Rodzinski never goes to a performance. He stays neutral. “I don’t want to get mad at anybody if a pianist I like gets left behind,” he said.

A search committee is in place to find a replacement for Rodzinski, headed by Cliburn Foundation board member Kim Darden, who is also president of the Modern, and Carla Thompson, treasurer of the Cliburn Foundation. Alann Sampson, foundation chairman, described Rodzinski’s tenure as “remarkable and responsible for the explosive growth and international recognition of the competition. We’re number-one in the world now.”

Fortunately, the foundation has several months to come up with the right person. The next amateur competition isn’t until 2011.

The son of acclaimed conductor Artur Rodzinski, who served as music director of the Los Angeles Philharmonic, the Cleveland Orchestra, and the New York Philharmonic, the young Rodzinski grew up surrounded by music and musical luminaries. His special background in the business added greatly to his impact here. Though his contract runs through next February, he has asked for early release, perhaps in October, to take on “another challenge,” he said, “probably my last project.”

What that is he isn’t saying — the deal hasn’t been finalized. But whatever it is, Rodzinski will remain in the Fort Worth area. He is reluctant to move his family right now. His son Alexander has just started high school at Trinity Valley. Should anything go amiss at the Cliburn, Rodzinski will be around to trouble-shoot — for a while at least.