It sounds like a dry business story. In the early 1990s, Mark Whitacre, a division president at agribusiness giant Archer Daniels Midland, told the FBI that his firm was illegally fixing the prices of chemical fertilizers and food additives, thus indirectly stealing money from every shopper in every supermarket in the world. Whitacre secretly made audio and videotapes of his colleagues to back up his claims, and with his help, the Bureau forced ADM to pay a nine-digit fine and sent the company’s top executives to prison. 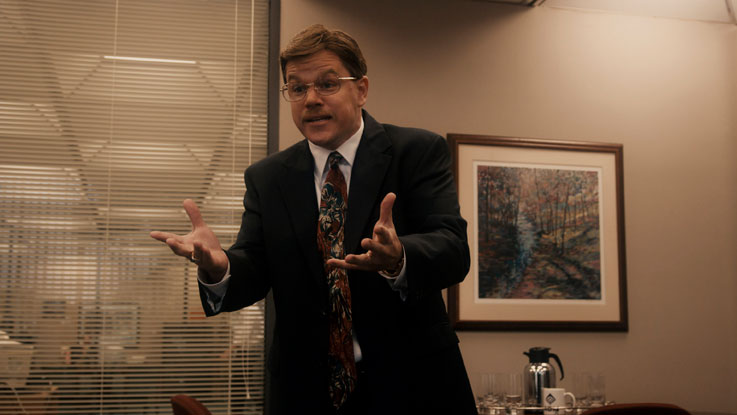 The thing is, Whitacre had some gigantic screws loose in his head, as detailed in Kurt Eichenwald’s amazing book The Informant. Many corporate whistle-blowers are disgruntled types looking to settle a score. Whitacre, on the other hand, was a rising star who believed that the company would reward him for his honesty. This naïvete is all the more astonishing when you consider that Whitacre himself was embezzling millions from ADM, taking kickbacks, and setting up shell companies to launder the money. Apparently he never considered that the FBI agents he talked to every day might catch on to what he was doing. Also, he was a secret operative who couldn’t keep secrets, needlessly jeopardizing the whole operation by telling friends inside the company that he was working for the feds. While the investigation that Whitacre set in motion slowly turned on him, he continued to see himself as the hero in a John Grisham novel. Eventually, someone noticed that many of his lies and even some of his actions were cribbed from The Firm.

In his big-screen adaptation, The Informant!, Steven Soderbergh treats this all as high comedy, down to the Broadway musical-style exclamation point on the title. As is so often the case, the most ridiculous parts of this movie turn out to be absolutely true, like Whitacre providing narration as he taped himself (“Hello, Terence Wilson, head of ADM security!”) or proudly calling himself 0014 (“Because I’m twice as smart as 007!”). The bit with Whitacre openly fiddling with his tape recorder while sitting a few feet away from the people he was taping? That really happened, too. Composer Marvin Hamlisch contributes boisterous, whistling music to the soundtrack, at times scoring the film like a cheesy 1960s spy thriller while Whitacre skulks around the streets of Decatur, Ill. This material could easily have been made into a self-important, socially conscious drama. (Heck, Soderbergh himself could have made that.) The filmmakers play this story as a loose, shaggy piece of entertainment, and what fun it is.

Matt Damon – sporting glasses, a bad hairpiece, 30 extra pounds, and a wussy mustache – portrays Whitacre, and this role is completely in his wheelhouse. He’s played morally empty corporate types before, and he’s done goofy comedy before, but this is the first movie that lets him do both. Despite all the added weight on his frame, the star is nimble and quicksilver; his brain seeming to give off sparks as he comes up with the latest lie. He keeps his voice in the upper register to suggest a lightweight who’s completely untethered from reality. Damon’s surrounded by a plethora of comedians in this movie: Joel McHale as one of Whitacre’s FBI handlers, Tony Hale as his lawyer, Patton Oswalt as a fraud investigator, Tom Papa as an ADM exec, and even both of the Smothers Brothers (Tom as ADM’s chairman/CEO, Dick as a judge). With all this talent around him, it’s still the star who provides the movie’s demented comic energy.

The film’s cleverest stroke of inspiration is in Scott Z. Burns’ script. Whitacre’s voiceover narration doesn’t reveal his deepest thoughts (as it does in other movies), only that he has no deep thoughts at all. At even the heaviest times he’s preoccupied with banal stray observations about his hands or the Spanish and Japanese meanings of the word toro. Having first informed an FBI agent (Scott Bakula) about the shenanigans at ADM, Whitacre doesn’t ponder the massive turn his life is about to take. All he thinks is, “What a nice guy! Such a great listener, too. You don’t find that very often.”

In that respect, The Informant! greatly resembles the criminally underappreciated 2003 film Shattered Glass in its ruthless dissection of a compulsive liar. Mark Whitacre wreaks massive damage on everyone he meets (the feds, Justice Department prosecutors, his ADM co-workers, the company’s international competitors, his own lawyers, and his wife), yet he doesn’t set out to screw up their careers and personal lives. He just does. Half the time, he’s lying to get out of the room while everybody else is processing his new disinformation. Through it all, he only fleetingly comprehends his effect on the world, because he’s too busy pitying himself as a persecuted good guy. This movie shows what a snap it is to lie to other people when you start by lying to yourself.