It all started with a casual remark. In 1970, Timothy Tyson was an 11-year-old white boy growing up in Oxford, N.C., when one of his friends said, “Pa and Roger and ’em shot ’em a nigger.” Just like that, a boy he knew had confessed that his father and brothers had committed the murder of Henry “Dickie” Marrow, a 23-year-old African-American Army veteran who had gone to a corner store to buy a soda. The incident would ignite a full-scale civil rights battle. 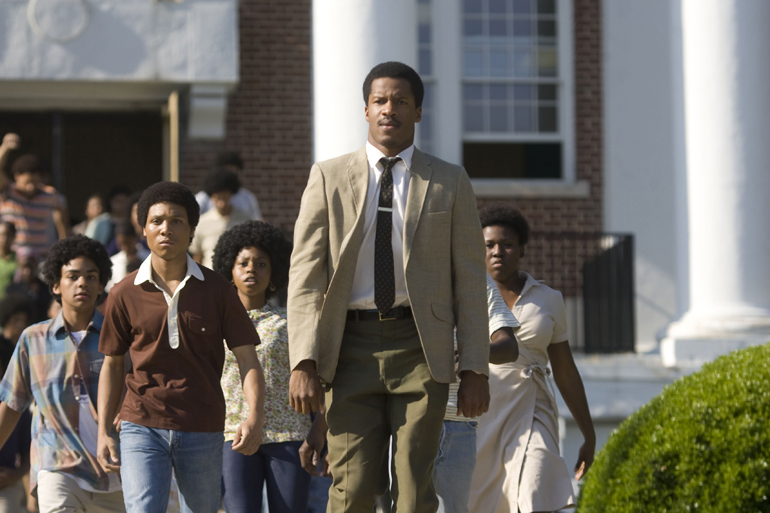 For the young Tyson, it would also provide a bitter education in the ways of the South. The accused killers, a shopkeeper named Robert Teel and his son Larry, were acquitted by an all-white jury despite overwhelming evidence of their guilt. The pillars of the community rallied around a two-bit common criminal (the elder Teel had a history of run-ins with the law) and used God, science, law and order, and any other concept lying around to justify the evil status quo. Meanwhile, angry African-Americans had largely rejected the nonviolence espoused by the martyred Martin Luther King, and black servicemen returning from Vietnam were willing to use military tactics to make their violent protests more destructive.

It worked, at least in Oxford. The city fathers, who previously couldn’t be bothered to make the system equitable for black people, knuckled under when their businesses were hit. The young Tyson watched his town burn and watched his father, a Methodist pastor who was relatively enlightened about racial matters, try to negotiate the chaos. After Tyson grew up, he talked to many of the principal players in this drama (including Robert Teel), and in 2003, having become a professor of Afro-American  studies at Duke University, Tyson wrote a book about his experiences. Called Blood Done Sign My Name, after the words to a traditional spiritual, it chronicled his family history and the way it was entwined with the momentous events going on around him.

Now the book is a movie by a filmmaker with the unlikely name of Jeb Stuart, a credited screenwriter on such blockbuster movies as Die Hard and The Fugitive. This is only his second effort as a director, and his inexperience shows. This drama feels like a relic from 20 years ago. Gattlin Griffith plays young Tim, who’s nicknamed “Boo” and “Little Buck,” and Rick Schroder portrays his father, the Rev. Vernon Tyson. However, the movie loses track of the Tysons for long stretches to follow Ben Chavis (Nate Parker), the scion of an educated African-American family who is radicalized by the Marrow case and winds up leading the black protest movement in Oxford. This is a well-intentioned move to avoid the cliché of having the white hero come in and save the day, but it makes the movie into a disjointed viewing experience. Stuart would have been better off either telling the story purely through little Tim’s eyes or adopting a more expansive style with multiple main characters. As it is, he does a fair job with the historical detail and the shades of moral ambiguity at work among people on both sides of the conflict. This all comes at the expense of pace and visceral excitement.

The principal actors are competent but no more than that, and the only cast member who pops in this thing is Afemo Omilami as Golden Frinks, the preacher sent by the Southern Christian Leadership Conference to organize and inspire the protesters in Oxford. We first see Frinks sweet-talking his way past a line of cops to get into Marrow’s funeral. When he reaches the gravesite, he switches abruptly to sorrow and burning indignation and delivers a sermon exhorting the mourners to rise up. The longtime character actor (you can also see him in The Blind Side currently) puts equal amounts of cunning and passion into his performance to make Frinks come across as a con artist who nevertheless knows that his cause is just.

Timothy Tyson’s book is no feel-good civil rights saga but rather a look back in anger at the hypocrisy and injustice of the place where he grew up. The movie captures that anger only once, in a scene early on when Vernon takes his son to see a bunch of white people raise a wooden cross in the middle of a field. It’s a serene tableau that greets us, accompanied by soft nostalgic music. Then those people put on their robes and hoods and light the cross on fire, and suddenly things aren’t so serene. If Blood Done Sign My Name had been infused with a little more of that righteous anger, it might have done proper justice to the equal-rights crusaders of Oxford and to Dickie Marrow’s memory.

Spirit Untamed: Even Cowgirls Give the Blues