A new NPR story, “Dallas, Fort Worth Battle for Cultural Supremacy,” takes the form of a canned debate between two commentators about whose cultural scene is better: Fort Worth’s or Dallas’. Perhaps rightfully so, the “debate” should be dismissed as just plain fun. Each cultural scene has its pluses. But there are some folks here who think that Fort Worth media outlets should focus as much on 817 talent as on talent from out of town (Dallas, Denton, beyond). Fair enough. But in the Weekly’s defense, we have only so many pages. We can’t rationalize writing, say, one more word about some out-of-town band, especially one that’s been written about to death already, just because the band happens to be playing at Lola’s or The Moon or wherever –– especially when there are so many good bands in Fort Worth that are just as talented, whose stories have not been told, and whose careers are followed only by us. 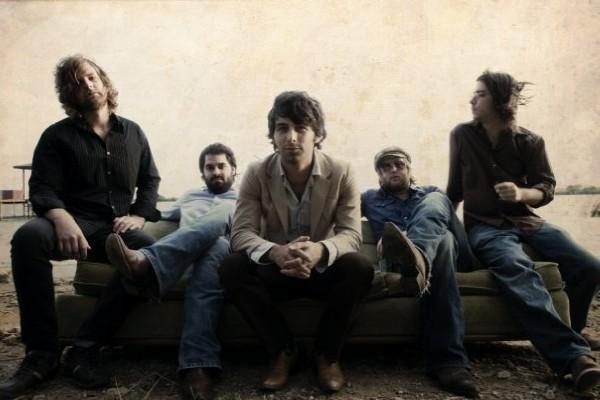 We also don’t normally piss on local talent –– if a local CD (or book or painting) is crap, we’ll simply ignore the thing. No use kicking a dog while it’s down and all that. We’d like to think that our two-pronged goal is to 1.) clue readers in on our backyard talent, and 2.) tell stories. We can talk about hip out-of-town bands on Blotch. And we do. But we simply can’t justify talking about them in the scant column inches at our disposal.

All of this is just a roundabout way of saying that even more Fort Worth bands will play the annual SXSW Music Festival in Austinmid-March in . The danger? That, like in years previous, the Austin venues where the Fort Worth bands are playing become mini-Moons (or mini-Lola’ses or mini-Aardvarks). Seeing your Fort Worth buds in a vacation-like setting isn’t un-fun –– even semi-teetotalers think that shots every hour on the hour from 9 a.m. ’til 9 p.m. is a capital idea. But put yourself in a Fort Worth band’s shoes. Yes, you’re glad for the hometown support, but, really, you were hoping to, y’know, play to some new faces. What helps is a geographically diverse bill. Enter: Fort Wizard Grab Bag, a free daylong concert at Dominican Joe Coffee Shop on Fri., March 19, that features not only some killer local talent –– The Burning Hotels, Chatterton, The Orbans, Rivercrest Yacht Club, and others –– but also a lot of stellar non-Fort Worth acts, including Denton’s oso closo and The Hope Trust, Houston’s The Literary Greats, and Los Angeles’ The One AM Radio and Jonneine Zapata, among others. “Going down there to just listen to your buddies play, there’s a certain charm to it,” said Chatterton’s Kevin Aldridge, who booked Fort Wizard. “But there are a lot of bands at South-by. [Fort Wizard] is an incentive to see some other stuff.” Fort Wizard also lets out-of-town bands know that Fort Worth is “not the same as Dallas. Even [Fort Worth] bands that don’t play the same kinds of music, there’s something to it that’s kind of different. We have our own take on things. We’re slowly getting the word out that we have a good thing here.”