Every year around this time, I launch into a spleen-o-gram about SXSW and how the annual Austin music festival is supposed to be about the discovery of new, unsigned bands but has become just one major festival featuring major acts, most of whom have been signed to major labels for years if not decades. As much as I’d love to do a repeat this year, I can’t. There are easily more no-name and presumably unsigned bands on the bill than there have ever been in the past. 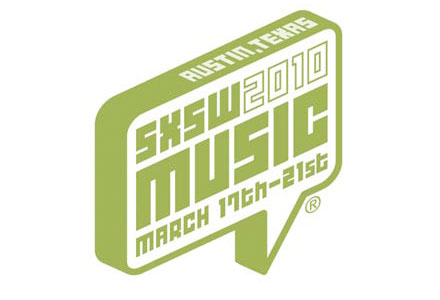 Possible reasons. No. 1.) Maybe, just maybe, South-by honchos are for whatever reason returning to their original mission: to bring burgeoning unsigned talent to market. And No. 2.) The effects of digital file-sharing. The practice has so leveled the playing field in the music biz that, essentially, every band that puts its music up on the web is a national band. As recently as three years ago, a band wasn’t a band unless it had national exposure, and national exposure was intrinsically linked to a band’s having major-label backing. Writers at Rolling Stone and SPIN were precluded from caring about unsigned bands, bands whose CDs could not be found on record store shelves across the country. Why write about a band from, say, Fort Worth, when only people in Fort Worth could pick up the band’s CD? Now that file sharing has transformed the internet into a virtual record store, R.S. and SPIN writers are able to write about, well, any band –– R.S. recently gave a shout out to Fort Worth’s Telegraph Canyon. While I’m sure that most of the fans of “regional” bands such as Telegraph, The Burning Hotels, and The Orbans live in the region, I bet a lot do not. Touring, BTW, also helps increase national exposure, and any band that wants to break out of its region had better be touring. The days of writing an album in your bedroom, sending it to a major-label A&R man, and sitting back and waiting to be signed are lonnng gone. Due to recent rampant consolidation –– there are now basically only three major record labels –– the majors must put all of their eggs in only a couple of baskets. There’s no time for artist development. Only bands that have historically sold well are “worthy” of major labels’ attention, which is not to say that new bands aren’t being signed every day. One way they get there is by playing SXSW. Maybe now more than ever.

If you’re in Austin this weekend, follow me on Twitter (twitter.com/FWWeeklyAnthony). Maybe we’ll meet up, and I’ll let you buy me a beer. Or 12.

Automorrow’s Michael DuFault has just released MicroD, an EP consisting of material composed entirely on a Nintendo Gameboy via Little Sound DJ software. “The songs on this disc are more an exercise in musical minimalism than of programming prowess,” DuFault said. “I’ve taken ideas from music written on guitar and piano and stripped them down to their basic elements.” DuFault may soon perform with Alex Atchley, a.k.a. Naxat, a Fort Worth artist who also has composed some music via a Gameboy (“Moon Patrol,” Feb. 3, 2010). MicroD is available for free here.