The racetrack isn’t really pink. That headline was an April Fools joke.

Yes, the joke sucked — especially because it’s not even April 1 yet.

Gossage’s staff sent out an official press release saying radio DJ Terry Dorsey was considering changing his name to TexasMotorSpeedway.com and getting a TMS tattoo in exchange for $100,000.

Many newspapers and online sites printed the news as fact, including The Dallas Morning News.

But Gossage later told ESPN it was all a hoax. A publicity stunt.

Sadly, the News still has its original and erroneous story on its online site. Will somebody please call the newspaper and tell them they’ve been the victims of a March Fools joke? 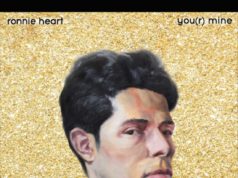