On The Deep End, The Slack offers a little something for every pop-rock fan. No matter what your favorite band is, it’s probably sonically quoted somewhere here. At least Dallasite frontman Chris Holt and his three bandmates have great taste. Being a fan of The Beatles, Pink Floyd, and The Flaming Lips — as Holt openly advertises on www.myspace.com/theslack — isn’t a crime, after all. 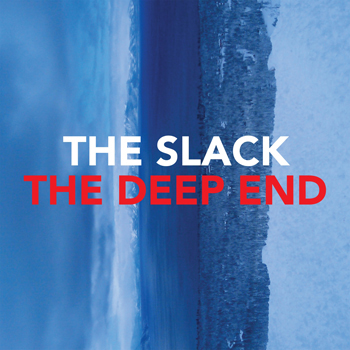 Holt has been involved in the North Texas music scene for years. As frontman of Olospo and guitarist in Sorta and Salim Nourallah’s The Noise, he has been voted musician of the year three times in Dallas Observer’s annual music awards. Judging by the engaging and comfortable pace of The Deep End, he has fully manifested the pop formula. He and his main cohort, Eric Neal, seamlessly alter the mood of The Deep End’s 12 songs by trading guitar licks and shifting sounds. Just when the album settles into one thing, it heads off in another direction.

The Deep End aims for epic and falls just inches short. The production is a little muddy, and while Holt has a nice, likeable voice, he lacks the ferocity suitable to some moments and sometimes gets washed out by hazes of keyboards and assorted walls of noise. The Deep End isn’t breaking new territory, though it probably wasn’t intended to. It generously and idiosyncratically explores many moods and styles, and that, really, is no small feat.