A musician I know put it thus: “Nels Cline is a warlock!” While I doubt the Wilco guitarist is conversant in the dark arts, I agree that his instrumental prowess approaches the supernatural. 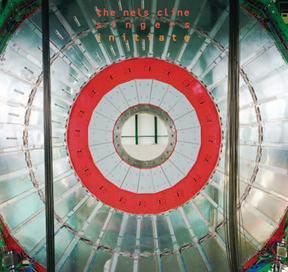 Cline covers more sonic and stylistic turf — jazz, fusion, rock, punk, experimental skronk — than any three other ax-slingers you’d care to name, but he thinks like a composer, so his sound and fury always signify. This double CD, Cline’s fourth outing with his Singers, is half studio, half live, and displays more facets of Cline’s artistry than anything else he’s released.

On the live disc, Cline and his equally agile accompanists (bassist Devin Hoff and drummer Scott Amendola) run the gamut from crushing heaviness that culminates in a harsh noise assault (the pummeling “Raze”) to delicate subtlety (the Carla Bley pastel “And Now the Queen” and the Jim Hall tribute “Blues, Too”) to sci-fi minimalism (a version of “Thurston County” from Cline’s 2009 solo album, Coward) to a cover of Zawinul’s “Boogie Woogie Waltz” that sounds, no fooling, like Hendrix jamming with Weather Report. You won’t hear a more satisfying guitar record this year.