When inmate Linda D’Antuono Fenton died in 2004, eight days after she was moved from the Federal Medical Center-Carswell to a local hospital, her family was left with many unanswered questions. Now a federal judge has answered at least one of those questions.

Last week, U.S. District Judge Terry Means of Fort Worth ruled in a civil suit brought by Fenton’s family that the government had breached its duty to protect Fenton, who suffered from a debilitating mental illness, while she was in its custody and that the violation led to her death. It’s the first case in which the prison hospital has been found guilty of fatal negligence. Attorneys for Fenton’s family called it a significant ruling, since there are so few victories against the BOP, and believe it has already led to changes in the agency’s suicide prevention policies.

However, Means awarded the family damages of only $4,500, which means that the ruling really is only a slap on the wrist for the federal prison system. 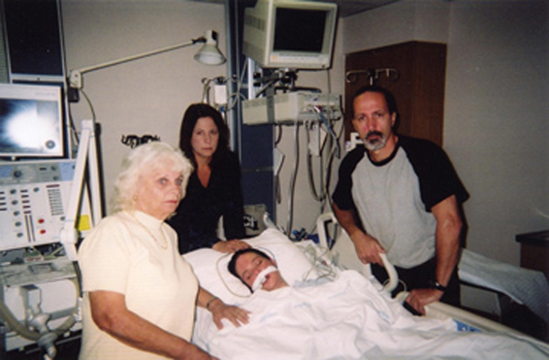 Fenton, then 34, was two days away from being released when she was found near death in high-security cell of the psychiatric wing at FMC Carswell. The facility, the country’s only allegedly full-service federal prison hospital for women, has been implicated in dozens of horror stories by inmates, former inmates, and inmate families, who said the lack of decent medical care has led to the deaths of several women — most of whom were in prison for nonviolent crimes. Fenton, for instance, had served five years for a drug-related offense.

Shortly before she was to go home, Fenton was put into an isolation cell as punishment for an angry outburst aimed at her psychiatrist. She then threatened to kill herself and, by BOP policy, should have immediately been put on suicide watch. Yet she was left alone and unsupervised and allowed to have a sheet in her cell, which prison officials said she used to strangle herself.  But her close-knit Florida family has always blamed the Carswell staff’s negligence for her death.

Means “is an honorable man who found Carswell and the BOP negligent in Linda’s death, but there was no punishment,” said Paul D’Antuono, Fenton’s brother. “Will there now be an investigation? Will anyone be fired? Will anyone take notice? Or will the neglect behind the walls of Carswell continue?”

Don Campion, former president of the Carswell Women’s Health Care Project, said that “at the very least, a full GAO study of the healthcare system at Carswell is long overdue.”

Means’ ruling “clearly identifies the negligence of Carswell staff in the death of Linda Fenton,” Campion said. “In 1999 the project had already documented gross negligence in the healthcare system at Carswell. More than 10 years later what can be done?”

BOP spokesperson Ed Ross said that the bureau would have no comment on the case.

“This is a case that had to be tried,” said Fenton family attorney Gina Joaquin. “Women with mental health issues who are incarcerated have very special needs. … Our hope is that … the death of Linda Fenton was not in vain.”

Fenton’s mother, Dorothy Brown, brought the wrongful death suit against the government. Two years ago Brown died of a stroke, and her surviving children continued the lawsuit. This year, local attorneys Don Carter and Danny Burns joined Joaquin and Todd Duncan on the legal team, Carter said, “because this was a terrible injustice, and this family needed help.”

The case came to trial in early May, with Means rendering the verdict. Fenton’s siblings listened as their sister’s last days were described by Carswell guards and medical staffers. Their testimony showed that the events leading to her death began with a simple request: that she be allowed to shave her legs in preparation for her journey home.

Fenton was not an easy prisoner. At 12, a major automobile accident had left her with an organic brain injury that presented itself as Tourette’s syndrome, a condition that made her prone to explosive anger, aggressive behavior, and uncontrollable outbursts of blue language. As an adult, she became involved in drugs and was found guilty of possessing methamphetamines. At Carswell she was known to her fellow inmates as “Little Bit” because of her small size (she stood 4′ 9″ and weighed about 100 pounds).

Carswell staffers testified that they were aware of Fenton’s mental disability and her tendency toward erratic, even violent behavior. However, her “organic brain disorder mitigated her culpability for her conduct,” the judge wrote. In the weeks leading up to her release, she had become increasingly anxious, which one psychologist explained is not unusual for prisoners facing release after long years behind bars.

When staff psychiatrist James Pederson denied Fenton’s request to shave her legs, the staffers testified, she became extremely angry, lost control, and was placed in the isolation unit under disciplinary segregation.

Despite the fact that Fenton had tried to kill herself 18 times before, she was not put on suicide watch. While in isolation she was also told she would not be allowed to return to her regular unit to tell her friends there good-bye. Her anger escalated.

When staff nurse Deborah Castner and Officer Joe Reamy reported for duty in Fenton’s unit on the morning of Feb. 23, 2004, they were told that Fenton had been angry all weekend. Just before noon, Fenton demanded that Reamy call an officer that she trusted, hoping he could get her moved back to her unit to tell her friends good-bye, Reamy said.

When Reamy said he’d do it later, Fenton put toilet paper over the narrow window in the cell door, covered the lens of the camera in her cell, and told Reamy she was going to “put something around her neck” to strangle herself.

She then went completely silent. At that moment, according to the BOP’s suicide policy, it was mandatory for Reamy to call for a nurse from Fenton’s psychiatric unit, to keep Fenton in his “direct sight line,” and to call for backup to move her to a cell where she could be observed continuously. Anything she could use to harm herself, such as sheets and blankets, were to be removed.

But Reamy did none of those things. Instead, he wasted precious minutes finding Castner. She followed him back to Fenton’s cell, looked through the narrow food slot, and saw “a lump under the blanket on the bed,” she said.

Even then, instead of going in to Fenton immediately, Reamy called his supervisor, Lori Sleigh, who told him to call a medical emergency. Four minutes had passed since Linda told Reamy she was going to strangle herself. Bureau training manuals state that brain cells begin to die within four to five minutes of being deprived of oxygen.

Under questioning from Carter, Reamy admitted that he did not take Fenton’s threats seriously.

Castner testified that another “four or five minutes” passed while she and Reamy waited for Sleigh, because Reamy told her that bureau policy required his supervisor to be present before he could open a cell of an inmate in distress.

However, in a key moment in the case, Sleigh testified that that is not the policy and that she was not required to be present in a medical emergency, in particular in a potential suicide situation. By the time Sleigh entered the cell, six minutes had passed since Fenton had threatened to harm herself. The sheet was wrapped tightly around her neck, her face was dark blue, and she had no pulse. Emergency personnel shocked Fenton’s heart back into rhythm, but it was too late.

Had Reamy and Castner opened the cell door as soon as Fenton threatened suicide, Means wrote, “They would have discovered Linda’s condition five minutes earlier.” That failure, he ruled, was “a substantial factor in bringing about Linda’s injury.”

One of the most moving moments in the trial came when Paul D’Antuono testified that he could finally be at peace because he had fulfilled a promise to his dying mother — that he would not rest until his youngest sibling had her day in court.

“The important thing was for Linda’s story to be told and for those we believe were responsible for her death to be put under oath and held accountable,” he told a reporter later. “We never wanted any money, only justice for Linda. … I believe the U.S. Attorneys’ Office and the BOP underestimated our family’s perseverance and the skill of our lawyers.”

It’s a good thing the family did not want money. In a bizarre twist in his June 15 ruling, Means wrote that there was “scant evidence” to show that Linda “suffered any [pain] after her [suicide] attempt” because she was so heavily medicated — even though no medical testimony supported such a conclusion. Therefore, Means ruled, her estate was not entitled to any monetary damage beyond the cost of her funeral.

That stunned Carter. He said there’s plenty of case law to support a substantial award of damages and that that part of the decision may be appealed.