Certain movies inspire my fellow film critics to throw the word “authentic” around. This is a wobbly concept to begin with when talking about works of fiction (and it’s even more loaded when talking about documentary films). Still, it’s worth asking whether movies like City of God, Slumdog Millionaire, and Precious depict their environments accurately, whether they romanticize poverty or wallow in its depressing nature, and whether it’s proper to build a piece of entertainment around people who are desperately poor.


The thing is, most moviegoers just want a good story, which is what makes those questions worth asking in the first place. Winter’s Bone, the latest in this tradition, is a very good story indeed. 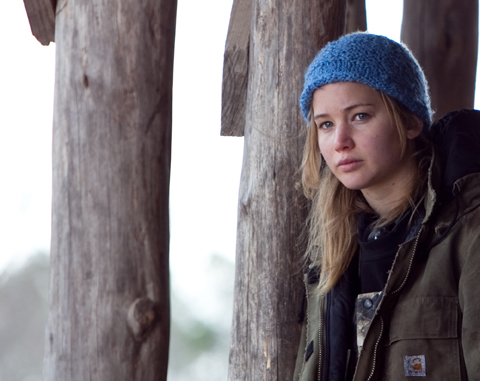 It’s based on a novel by Daniel Woodrell, and it’s about Ree Dolly (Jennifer Lawrence), a 17-year-old growing up in the Ozark Mountains on the Missouri-Arkansas border. With her mentally ill mom (Valerie Richards) stuck in a medicated haze and her meth-manufacturing dad Jessup long missing, Ree is doing all the work of raising her 12-year-old brother and 6-year-old sister. It’s enough of a struggle before the sheriff (Garrett Dillahunt) informs her that Jessup has jumped bail after putting up their house as bond. If he doesn’t turn up in a week, they’ll all be tossed out.

Even with the sheriff and a bounty hunter already scouring the Ozarks for him, Ree vows to track down her dad herself, figuring that her many unsavory relatives nearby might be more willing to talk to her than to men with badges. However, as she stomps around the countryside — mostly on foot — Ree meets only with hostile silence or barely veiled threats. She soldiers on with her investigation even after it becomes clear that some members of her family would kill her to keep Jessup’s whereabouts secret.

This is the second feature film by Debra Granik, who made a well-regarded debut with her 2005 addiction drama Down to the Bone. She and co-writer Anne Rosellini retain much of the book’s dialogue, but they can’t duplicate Woodrell’s lyrically gnarly prose. Instead, Granik gives most of the film a starkly naturalistic feel, with the blasted Ozark landscape serving as a dramatic backdrop for the action. Aside from a puzzling black-and-white fever dream sequence that feels misplaced here, everything makes you feel like you’re there: the cluttered Dolly house, the local high school, the music gatherings where folk songs that seem to have been carved out of the very mountains themselves are performed. Granik presents all this straightforwardly, even a much-buzzed-about scene in which Ree teaches her siblings to flay and gut a freshly killed squirrel for food.

Adding to the film’s atmosphere are the non-actors from the area who are cast in many of the supporting roles. Sometimes it works when filmmakers do this, and sometimes it doesn’t (for an example of the latter, see: Steven Soderbergh’s Bubble). It comes off well here; U.S. Army recruiter Russell Schalk fills out a good scene, gently but professionally telling Ree that enlisting in the armed forces to solve her financial difficulties isn’t the best idea. Ronnie Hall is a great hulking presence as a Dolly family kingpin — he may be in his 60s and have a bunch of young thugs at his disposal, but he still looks capable of pounding you into the ground all by himself. These augment a fine performance by Lawrence, a newcomer whom you’re most likely to have seen on the now-defunct TBS sitcom The Bill Engvall Show. Here she not only blends in with the surroundings but also shows the supreme toughness and determination driving Ree.

With all this, the truly unforgettable part of this movie is the way its suspense plot slowly tightens around your neck. The air of gathering menace starts early, when a neighbor (Shelley Waggener) stops by to give the Dollys some much-needed food but really to make sure Ree hasn’t been talking to the cops. Ree’s travels seem to turn up increasingly twisted specimens of humanity — the men are drug dealers, killers, and potential rapists, and the women are no less capable of violence than the men. Illegal drugs are everywhere, and though the movie could have made more of Ree being tempted to use or sell them, their sheer ubiquity is a statement of its own.

Her ex-con uncle Teardrop (John Hawkes) proves to be more helpful than anybody else in locating Jessup, but we never forget how dangerous he is. This is especially true when he provokes a hair-raising confrontation with the sheriff in front of Ree — ordered out of his truck at gunpoint, Teardrop just clutches his shotgun to his chest and quietly says, “Tonight I ain’t doin’ a thing you say.” The climactic sequence is straight out of a horror flick (like many others in this movie), with Ree being taken for a nighttime boat ride by two women, one of them holding a chainsaw. Winter’s Bone is authentic in the way that matters most, making the fulfillment of Ree’s quest to learn her dad’s fate into a draining, enlightening experience.