Filmmakers Justin Hilliard, 28, and Frank Mosley, 27, met as college students in 2004 while working on a class film project at the University of Texas at Arlington. They quickly became close friends based on their mutual love of legendary directors like Kubrick, Hitchcock, Altman, and Cassavetes. Though the two filmmakers didn’t know each other growing up, they’d both been shooting short movies since they were grade-school kids in North Richland Hills and Arlington, respectively.

“If we’d known each other when were 8  or 9, we would’ve been collaborating together from the start,” said Hilliard. As college students, he and Mosley bonded by bringing sacks full of their kid flicks to each other’s apartments and watching them together. Hilliard’s then-girlfriend was not amused. “You could hear her sort of loudly cleaning downstairs,” Hilliard said with a chuckle. 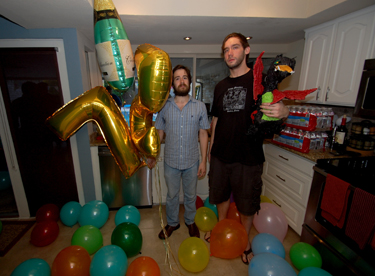 Six years later, Hilliard and Mosley’s creative partnership is enjoying an especially productive phase. On Tue., Oct. 26, Hilliard’s second feature film, The Other Side of Paradise, will be released on DVD. Mosley co-stars, along with Hilliard’s actress wife, Arianne Martin, whom Hilliard met on that same class project.Co-written by Martin, it’s a sweet-and-sour road dramedy that’s played festivals and won awards in New York, California, Kansas, and Alabama –– sometimes in the “drama” category, sometimes in the “comedy” competition. “It’s about a woman’s difficult relationship with her family and her decision to finally become attached to someone she has feelings for. It’s done in the spirit of that Chaplin quote, ‘Life is a tragedy when seen in close-up and a comedy in long-shot,’ ” said Hilliard.

Mosley’s feature film debut as a director premiered earlier this year at the Dallas International Film Festival. Hold has won awards at festivals in Texas and Colorado, and was a top 20 finalist for New York’s Independent Film Project competition. An elliptical study of a young marriage crumbling after an act of violence, the movie was also chosen by the editors of Tarleton State University’s annual journal The Langdon Review of the Arts in Texas as its top film of 2010. Mosley continues to shop Hold around to festivals and DVD and internet video-on-demand distributors. “The thing I learned from making Hold is that it’s difficult to sell a first film that’s a drama with very little plot and dialogue,” Mosley said. “Comedies and horror movies are a lot easier to market as a director’s debut. And it helps to have a couple of well-known actors attached –– not movie stars but actors whose faces audiences recognize.”

Raising enough capital from investors to hire a couple of “recognizable faces” is part of the plan for Hilliard and Mosley’s current project: a web series about an eccentric and occasionally ruthless Texas family. The genesis for this show was a brainstorming session earlier this year, during which the collaborators traded story ideas inspired by the same sharp tragicomic sensibility that has fueled some of their favorite TV shows, such as Breaking Bad and Six Feet Under. Hilliard had long dabbled in TV script writing, and together they eventually came up with some character outlines and a central conflict, sent out an open Facebook invitation to their actor friends, and shot hours of improvised footage on digital video with Mosley as part of the cast.

Hilliard and Mosley pored over the footage to see what they could use. Ultimately, they emerged with a long trailer for a proposed dark comedy called Komodo, whose story arc they’ve since plotted into 12 half-hour episodes — or the equivalent of a full TV season. They hope the trailer and three completed scripts will entice investors to finance the filming of the first three episodes at about the cost of a low-budget indie feature. That, in turn, would be shopped around to both premium channels like HBO and Showtime and basic cable outlets like FX and IFC.

Komodo, Hilliard said, began with his “irritation at how loving families can turn aggressive and how the members become carnivorous bastards when an inheritance is on the line.” As for the one or two character actors they’d love to hire for the first three episodes: “Frank and I have a massive list of film and TV actors we’ve loved since childhood. To some people they might be D list, but they’re our A list.”

As Hilliard and Mosley pursue financing for Komodo, they’re also at work on other projects. Hilliard’s third feature, Swallow, will be a sci-fi meditation about the less noble instincts that perpetually lurk within the otherwise civilized human male. Mosley has already completed a rough cut of his second feature, Hot/Cold, which in its different edited versions can be screened as a traditional movie or displayed as an art gallery installation piece. Inspired in part by Alain Resnais’ 1961 French New Wave puzzler Last Year at Marienbad, the movie concerns an infidelity that may or may not have happened.

If Hilliard’s and Mosley’s budgets matched their ambitions, they’d be working on the scale of a James Cameron –– if Cameron favored eccentric, left-of-center fare. Just don’t expect them to toil exclusively on the art-house circuit. “I have more commercial ideas up my sleeve,” Mosley said. “I want to do a romantic comedy set in New York and then a horror film, but I want to do them my way. I’m ready to show people something different after Hot/Cold, something I can actually sell.” 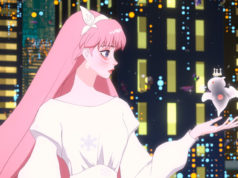 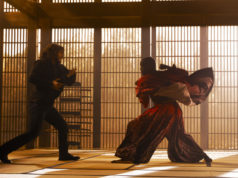