The undead, especially vampires, have become superstars in the fiction sections of bookstores in recent years. Anne Rice may have ushered in the era, but the Twilight saga has snared teens, tweens, and many of their parents. The impossible love stories involving eternal life and unnatural urges make for compelling romances and perhaps convoluted teen dreams. Fort Worth-based novelist Rachel Caine (the pen name of Roxanne Conrad) understands the pull that vampires exert over readers. Caine has published more than 30 supernatural fiction novels. Her latest is Ghost Town, the ninth in her Morganville Vampires series. The book chronicles the quest of a science-savvy college student to maintain order in a chaotic city full of vampires. 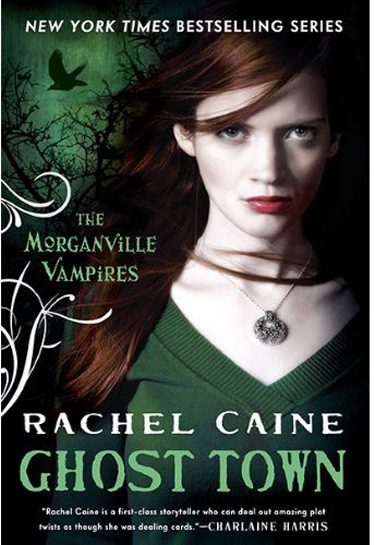 Before penning the tales of Morganville, Caine authored the Weather Warden and Outcast series. Inexplicably, she managed to write all three collections from her Fort Worth home while holding down unrelated, full-time employment in a corporate office. Her writing process may happen so quickly because Caine follows a tried-and-true fiction formula when it comes to the books’ plots. Ghost Town unfolds predictably yet enjoyably and can offer entertainment to both teens and adults.

Caine’s books have made appearances on the New York Times Bestsellers list, which is a testament to her skill at enticing readers. Her strong point is relating to college-age (and younger) readers by adopting trendy vernacular. She even includes a hip soundtrack, which advertises songs from indie jewels like Rodrigo y Gabriela and Fort Worth/Austin/L.A.’s Oliver Future. To add depth to the unfolding drama, she mixes science fiction into the standard vampire fare. Texans, in particular, will be able to relate somewhat to the people in fictional Morganville –– the setting is somewhere in West Texas.

Unlike Twilight protagonist Bella Swan, the central character in Ghost Town is not a normal kid. Claire Danvers –– a mix of Bella and Hermione Granger of Harry Potter fame –– may be a human teenager, but she is precocious enough to be an advanced physics student. Her fictional college, Texas Prairie University, is in Morganville, a town where vampires and humans coexist uneasily. For all of her academic prowess, Claire comes across at times as a nervous mouse. From the beginning of the book, she is constantly looking over her shoulder in response to the pervasive weirdness that is Morganville.

Like every vampire novel, Ghost Town’s plot revolves around a love story. In this book, the chemicals fly between Claire and her human boyfriend Shane, whose family has been destroyed by the twin evils of alcoholism and bloodsucking. In addition to mastering quantum physics, Claire has a gift for the “hermetic arts.” She and her oddball vampire mentor Myrnin are trying to build a machine capable of preventing people from leaving Morganville and erasing their memories if they do. Catching readers up on the history of Morganville and the details of Claire’s unlikely task takes several cumbersome chapters, but if readers make it that far into the book, they might not be able to resist discovering how the drama unfolds.

Midway through Ghost Town, Caine has set up the ineluctable battle between good and evil that usually marks supernatural fiction. A vampire queen named Amelie wants to maintain a balance between Morganville’s humans and vampires, while her co-ruler, Oliver, could care less about the fate of the merely mortal. Claire, who has been working tirelessly, finishes the machine that she believes was designed to protect vampires and humans alike.

What happens next is what distinguishes Ghost Town from the run-of-the mill vampire love stories. Claire unwittingly tears apart the fabric of reality with her contraption. Caine, who was born in Roswell, N.M., mixes Vampireville with futuristic quantum physics-based situations in which time is very relative to the person (or vampire) perceiving it.

One by one, the residents of Morganville begin to lose their memories. Caine has a knack for incorporating a sense of terror into every sentence. Claire and Shane’s panic is tangible when they confront person after person who has been confused by a malfunctioning mind machine. Dread and disorientation reign over the town as Claire designs a way to destroy her machine and bring the folks in this sinister place back to present-day reality. The end, while predictable, is a relief.

Annoyingly, Caine finishes Ghost Town with an entrée to the plot of the next book. Bite Club, the 10th of the series, will follow in April.

Like any successful fiction series, the Morganville Vampires books contain an assortment of fictional folks whose ultimate fates will draw readers in. Caine has become an expert on character development by authoring so many novels. For this reason, all three of her series are widely circulated. Rachel Caine may not be changing the world through her occult romantic fiction and her creative Ghost Town, but the inventive entertainment is worth the read.