There was a time when I wasn’t all about Fort Worth/817 music, when I just listened to whatever came my way via the radio, TV, a magazine, blog, or friend’s recommendation. I’m much happier now. The quality stuff produced by our 817 kinfolk is as good as anything raved about on Pitchfork. We should be celebrating our homegrown talent, to spur the local economy, foster a sense of community, and bolster the pursuit of art — enlightening art — as a career. 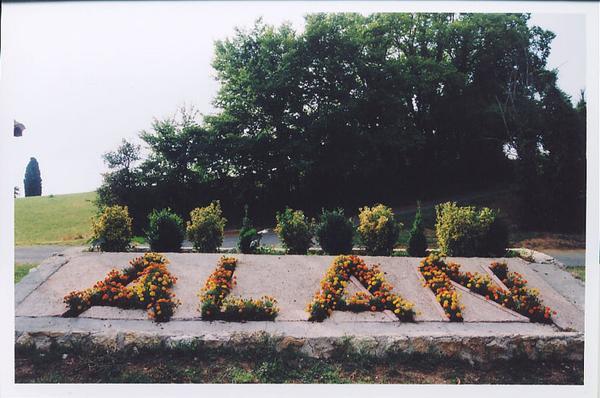 For me now, listening to non-local music seems, well, dirty, kind of like going to a fast-food joint instead of a ma-and-pa restaurant, though, yes, I’ve been known to crank up some Sun Ra, Aaron Copland, and New York Dolls (or drive through Whataburger at 2:30 a.m. after a party). Truly, I’m heartened to see that a couple of weeks ago Doc’s Records & Vintage (2111 Montgomery St., 817-732-5455) set aside some shelf space for local recordings. Doc’s is currently soliciting content. “If y’all know anybody that wants to sell some of their stuff on consignment, send them my way,” said Jenkins Boyd, who co-owns the store with his father, Jerry Boyd. Though Doc’s specializes in vinyl LPs, the store will accept CDs and 7-inches for the local section. A glance reveals some gems, including Whiskey Folk Ramblers’ … And There Are Devils, EPIC RUINS’ Void Mariner and the Mystic Boogie of the Sacred Line (vinyl only), and Fate Lions’ Good Enough for You. (And Doc’s definition of “local” includes all of North Texas, not just Tarrant County.) “I’ve wanted a local section since we opened the store –– we just haven’t had the time or space to put one together,” Jenkins said. “But we finally moved some things around so that we could fit one in. We put it in because locals kept asking if they could put a CD in the store. I always said yes, but it would always be in a bogus location.” The section, Jenkins said, is also good for business. “Musicians can tell others where to get their CD, and that increases knowledge about the store,” he said. The section is large enough to hold about 350 CDs, around 100 7-inches, and around 100 vinyl albums. The Boyds are working on increasing the section’s in-store visibility and perhaps also featuring select artists on a rotating basis. … Yesterday (1/11/11) at 11:11 a.m., Fort Worth drama-rockers Alan released The Universal Answer is Both, their long-awaited second album –– it’s been years in the making. “I could give you a silly list of [reasons] why we took our time,” said frontman Chris Hardee. “Life’s what happens when you’re busy making plans, ya know? But I’m a firm believer in everything happening for a reason.” Details? Hardee might be pulling our legs. He claims the album was recorded in “Alaska, L.A., and Paris,” though “its true heart remains in Fort Worth homes.” The album, he also said, is available in such forms as “pen drives stamped with our wax seal, alabaster vinyl, probably 237, [and] CDs wrapped in origami.” Alrighty then! What’s indisputable is that you can download the album at www.theuniversalanswerisboth.com for a small donation. As for the numerology, Hardee said, “We’re all one.”