“People think because I run an Italian restaurant, I must be mobbed up,” said Tek Doko, whose family has owned and operated Roma Pasta & Pizza in Haltom City since 1994. “I can’t tell you how many times people have called me Tony Soprano or started doing ‘How am I funny?’ [from Goodfellas]. I get tired of it.”

Last year, the local restaurateur decided to tackle the subject head-on but with humor: He made a comedy film. 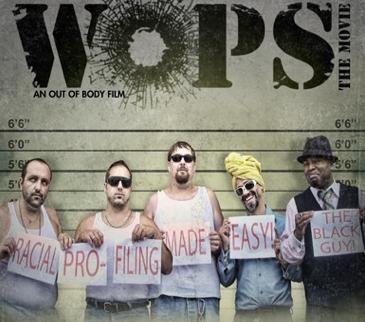 The 36-year-old Doko isn’t Italian but rather an ethnic Albanian born in Skopje, Macedonia. He still has family members there, so he returns periodically to the country’s capital city, which he describes as a refreshingly slow change of pace from America. His immediate family moved to Paterson, N.J., when he was three years old, and he lived there until he was a teenager. “If you’ve ever seen Lean on Me, it was like that,” he remembered. “Factories closed down, the jobs left town, and it got rough. We had family here in North Texas, and my father decided to move here in 1990. Texas has been very good to us. We’ve been blessed.”

Initially wanting to draw comic books for a living, Doko wound up seguing into computer animation and then film while attending classes at the University of North Texas and later at the Art Institute of Dallas, where he got his degree. Still, work at the restaurant prevented him from following through on his filmmaking aspirations until last year.

His New Jersey background helped inspire him to write the script for his first film, Wops, which parodies the TV show Cops. Instead of a camera crew riding along with police officers, the movie takes the point of view of a cameraman riding in a car with illiterate, racist, homophobic mobsters as they go about their business. Mindful of the use of the word “wop” as an ethnic slur, the film opens with a title card explaining the word’s history (which can also be seen on the film’s web site). Doko, who also portrays one of the mobsters in the film, acknowledged catching some flak over the title but said most audience members at a Dallas screening held last month were more accepting once they saw the film and understood the point of its satire. “I grew up around real mobsters,” he said. “I don’t like them. I wanted to create these characters who embodied all the stereotypes to show how stupid they are.”

Indeed, one scene shows the mobsters stopping in the middle of an armed bank robbery to open a checking account at the same bank.

The film, which was directed by Josey Wells, was shot last May on a budget of $10,000, most of which came from Doko’s pocket. Locations included Roma Pasta & Pizza as well as a few places in Dallas. Much of it was done without permits, which is why a scene involving actors with fake guns outside American Airlines Center caught the attention of some real-life Homeland Security agents who happened to be training nearby.

While seeking distribution for Wops, Doko is involved with a number of other projects through the film’s production company, Out of Body Films. He’ll make his directing debut with a project called Teenage High School Zombies Run Amok, set to shoot in Garland this summer. “I really want to help make DFW into a hot spot for indie film,” he said. “The local talent here can make that happen.”