Bad dad? Naaah. Frustrated dad? Angry dad? “I’m gonna teach this smart-mouth kid a lesson” dad? Oh, yes. Anyone who’s ever raised a child has been there. But “bad” Dave Lieber is not. By all accounts, Lieber is a really good dad. Goes to the games, listens, helps with homework, volunteers at the school, and spent his son’s first 18 months of life as a stay-at-home dad while mom went to work.

So how did the Watchdog columnist for the Fort Worth Star-Telegram, former metropolitan columnist for that paper, and one-time reporter for big-city East Coast dailies — who aimed to bring “New York-style journalism” to Texas — become public enemy No. 1 three years ago in Watauga? 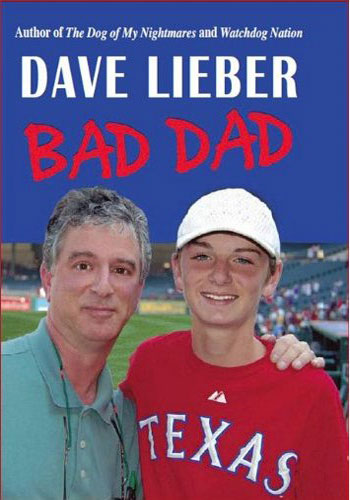 Simple: by successfully bringing New York-style journalism to, if not the entire Lone Star State, then at least to the little suburb of about 22,000 souls just north of Fort Worth. Lieber’s early columns, published in the paper’s northeast edition, exposed corruption, ineptness, censorship, and embarrassing sexual scandals involving town leaders — including police chiefs, mayors, city council members, city managers, cops on the beat, and a powerful local preacher. No one was exempt from Lieber’s sharp eye and even sharper pen. Early on, one city manager called him in after a particularly embarrassing column and thundered at him, “Don’t you dare write another word about Watauga, Texas, without talking to me first! You hear that, son?” Lieber heard, but he didn’t heed.

Then in the summer of 2008, Lieber found himself in a Kafkaesque world, charged with two felony counts of criminal negligence for “abandoning and endangering a child and abandoning a child with intent.” He damn near lost his job, his sanity, and his good name as the story spread from the police blotter in Watauga to the internet.

The child was his and wife Karen’s 11-year-old son, Austin James Lieber.

Hero or “bad dad,” this tale of Lieber’s travels through the criminal justice system as defined by the Watauga police department is a fascinating read, full of drama, humor, and pathos. But more than that, it is chilling. It shows just how the power of an inept and vindictive police department can turn one family’s life into a nightmare and scare the hell out of the accused, who had more than one moment of panic that he might lose his kids.

Lieber writes with a light touch, but the story he tells is heavy indeed.

Good grief, did he toss the boy in front of moving traffic? Lock him in a hot car for hours? Leave him at home alone to go out partying? Nope, nope, and nope. What Lieber did was nothing more than what untold numbers of parents have done over the years, including this writer: Tell a smart-alec kid to behave or walk home. Home was six blocks away in a quiet middle-class neighborhood.

Here’s the short version of the story: Lieber and Austin are having breakfast at a McDonald’s in Watauga not far from their home. Austin finishes and starts pressing dad to take him home. He wants to call his friends to come over and play. Dad is lingering over a just-poured cup of coffee and reading the paper. He tells son to sit down and be quiet. Son keeps up the nagging, getting louder. Dad loses temper, tells son he’s leaving and that the boy is going to have to walk home. Dad storms out. Boy runs after dad, yelling at him. Dad drives off, leaving son behind in the parking lot. “Shocked” observers call police. Dad cools off after a couple of blocks, comes back to pick up son. Too late. The cops are already there. The first cop says, “You’re Dave Lieber, aren’t you?”

Before long, the whole world knows about it. It may be the most publicized non-event in journalism history. Lieber got calls for interviews from all over the globe; his 10-minute angry outburst became the subject of newspaper articles, talk radio discussions, cable news network child-rearing experts’ opinions, and blogs, all weighing in on Lieber’s parenting skills. Was he a bad dad or a good dad? Is government interfering too much in parenting? Should prosecutors get involved in minor altercations between a parent and his/her kid?

Most parents were with Lieber, including Lenore Skenazy, founder of the Free-Range Kids Movement, a group dedicated to allowing children to play by themselves without constant adult supervision. (She gained notoriety for letting her 9-year-old son ride the New York subway alone and was called “the worst mom in the world” by bloggers.)

As Lieber reveals in this book that is part confessional, part accusatory tirade, and part “Is this a nightmare and when will I wake up?,” his exposés played no small role in his travails. Before he became the daily paper’s aggressive Watchdog columnist, Lieber wrote about the dark side of Watauga politics. These columns are cleverly woven in and out of Bad Dad and remind this reviewer that, had Dave Lieber’s name been Joe Brown, the cops almost certainly would have told him to take his kid home and discipline him outside the public arena. Case closed.

But Lieber had written too many “bad cop” stories. So instead, the incident was referred to the Tarrant County District Attorney’s office for prosecution, and soon enough Lieber was visited by two CPS caseworkers. Next came the call from the police chief — the fifth chief in the 15 years that Lieber had been living in the area — telling him of the felonies and suggesting he get a lawyer. He did. After turning himself in, being fingerprinted, having a mug shot taken, and being suspended from his job, Lieber waited for the next shoe to fall. It never did. Three weeks after Lieber stomped out of McDonald’s, the DA dropped the charges, saying that the facts didn’t rise to the level of a felony.

Lieber, a reporter and columnist for 30 years and a dad for about half that long, takes responsibility for his actions. In fact, in one of his columns he wrote that he was a “bad parent for punishing his kid in such a manner,” claiming that he could have exposed the boy to “grave danger.” That brought howls of protest from a couple of local writers, including Fort Worth Weekly’s Dan McGraw, who wholeheartedly supported Lieber’s decision to let his kid walk home as punishment. However, after Lieber’s mea culpa, McGraw wrote that if Lieber was going to be charged with anything, it was “abandoning his balls.” D Magazine’s editor Tim Rogers wrote, “What? No!! Don’t bend to the pressure, man. You’re a hero to fathers everywhere.”