Don’t Be Afraid of the Dark isn’t the only film this week dealing with paranormal entities in an enclosed space. The unheralded thriller The Caller stars Rachelle Lefevre as Mary, a woman who has moved into an apartment in Puerto Rico following her divorce from her abusive ex-husband (Ed Quinn), against whom she has a restraining order. Her situation soon becomes even more unsettled when she starts receiving calls — on the room’s ancient rotary phone — from a woman named Rose (voiced by Drag Me to Hell’s Lorna Raver) asking for “Bobby.” Rose keeps calling despite Mary’s insistence that she doesn’t know anyone by that name, and Mary’s annoyance turns to fear as Rose becomes more and more unhinged, accusing Mary of sleeping with Bobby, insisting that the year is in fact 1979, and eventually calling up excitedly with the news that she has just killed Bobby. She turns out to be more possessive and violent toward Rose than the ex-husband ever was.

Unlike Don’t Be Afraid of the Dark, this film actually plays with some interesting ideas. A community college math instructor (Stephen Moyer from TV’s True Blood) whom Mary is dating helps hash out what might be happening, especially when Rose’s actions in 1979 seem to be affecting Mary’s life in the present. It’s a rather ingenious narrative device for a potboiler thriller. 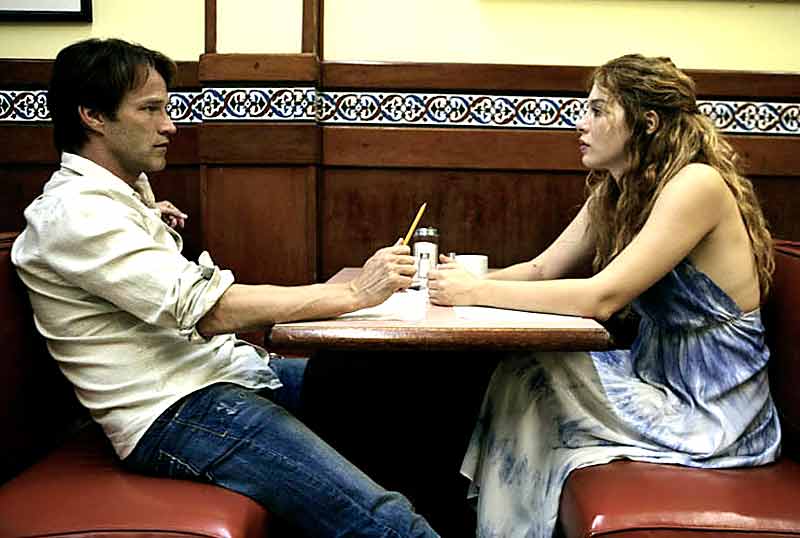 Unfortunately, things fall apart as the story advances, with characters disappearing abruptly after falling into Rose’s clutches. The climax features simultaneous showdowns between Mary and Rose in the present day and in 1979, the latter only heard over the phone. This ending might have worked in the confines of a stage play, but in a film it proves to be impossibly unwieldy. It also shifts the focus onto a single actor who proves to be overtaxed. The long-legged, red-haired Lefevre is still best known for being unceremoniously dumped out of her role in the Twilight series in favor of Bryce Dallas Howard. It doesn’t look like the series lost a great talent. As Rose’s calls become more threatening, the lead actress can’t calibrate Mary’s gradual loss of composure, nor can she come up with the requisite reserves of anger that the character requires.

The final twist is supposed to rebound on that abusive ex-husband, but instead of feeling like a satisfying ending, it somehow manages to feel pat and confusing at the same time. The film leaves us with the impression that Mary has become a present-day version of Rose, even though it hasn’t hinted at that possibility at all up to that point. The filmmakers do avoid the trap of suggesting that the Latino characters are more sensitive to the supernatural stuff than the Anglo characters, but director Michael Parkhill still doesn’t utilize the Puerto Rican setting to any sort of advantage. Despite a few flickers of superior intelligence, The Caller eventually sinks into the muck with all the rest of the horror movies that fail to scare.